What's behind the rise of demagogues? 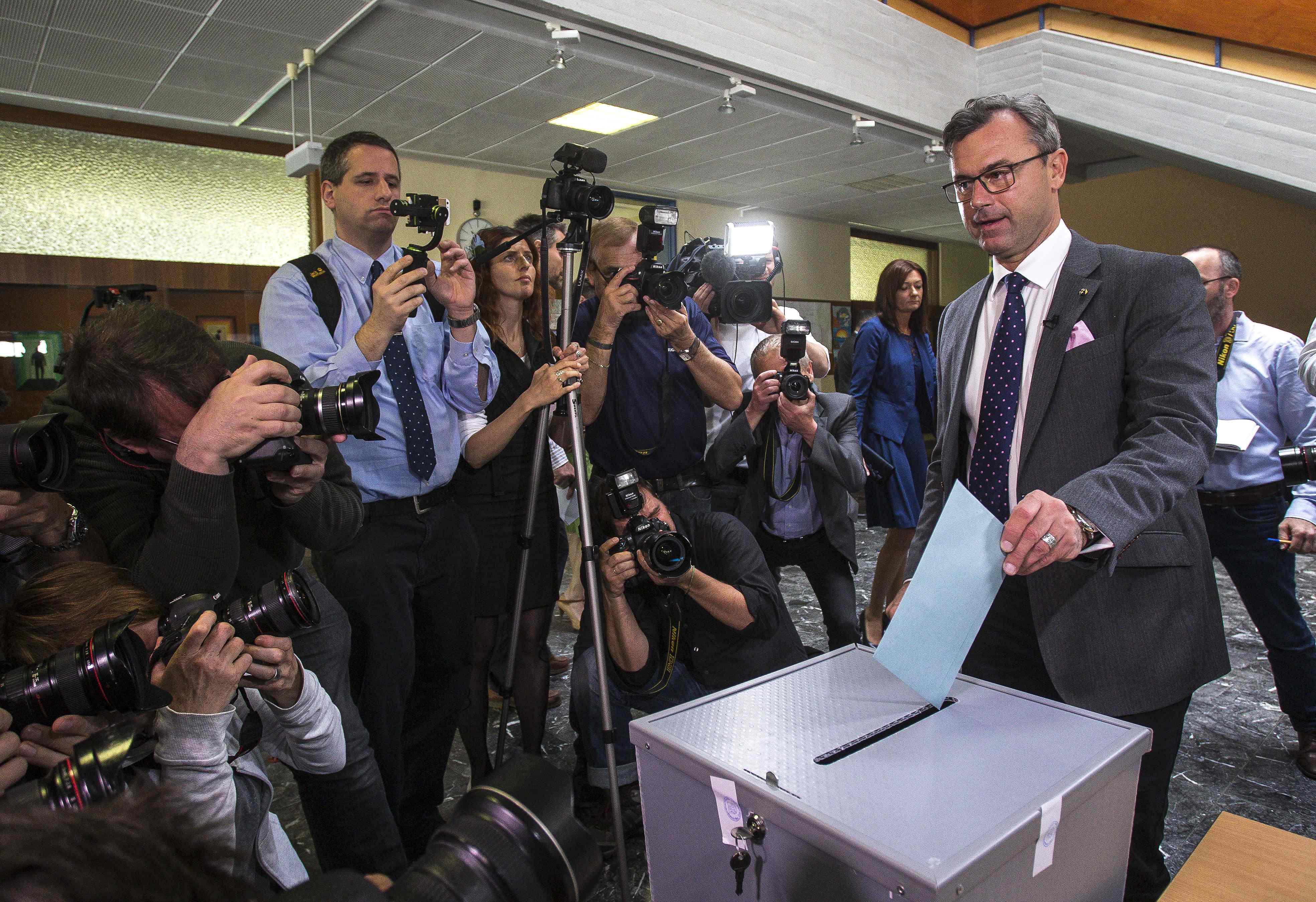 In Austria last month, nearly half of the electorate voted for the presidential candidate of a party set up by former Nazis. The politics of fear unequivocally triumphed in Assam, a state in India’s northeast, where Prime Minister Narendra Modi’s Bharatiya Janata Party came to power for the first time on an explicitly xenophobic platform.
Last week, an investigative journalist in Delhi offered fresh evidence implicating BJP figures in the mass killings of Muslims in the state of Gujarat in 2002. But we no longer live in the time when such moral scandals are electoral liabilities. Rodrigo Duterte, elected president of the Philippines last month, may have actually been helped by his brazen support of vigilante death squads. Even in the world’s oldest democracy, a presidential candidate openly advocates torture.
The neo-conservative columnist Robert Kagan, who once wished to spread freedom and democracy abroad by force, now raises the alarm against “fascism” at home. All our resolutions of “never again” after the 20th century’s catastrophic explosions of hateful politics are being challenged by millions of angry voters.
The impulse to denounce them along with their apparent pied-pipers can be irresistible. Have these dupes not learned anything from the politics of hysteria in the past? After all, rarely a month goes by without another book or film about the catastrophic outcomes of Mussolini’s March on Rome, Hitler’s ecstatic rallies in Nuremberg and Mao’s Cultural Revolution.
But the global upsurge of fascism should provoke other, harsher questions as well: What do we talk about when we talk about fascism? And have Western democrats, who assumed that fascism happened to other people and other countries, learned any deeper lessons from history?
They may be quick to underscore the obvious fact about Mao -- that he was a cruel megalomaniac. But can they explain why the Cultural Revolution, a festival of vindictive rage against old authority figures, was, initially at least, keenly embraced by millions of Chinese youth?
Many liberals as well as neo-conservatives in the West came to define themselves during the cold war through simple-minded notions about the radical evil of their adversaries. This self-image received a terrific boost in 1991 when the evil empire collapsed. History, far from ending, sprang some nasty surprises immediately afterwards. But even ethnic cleansing in the heart of Europe by the genuinely popular Serb leader Slobodan Milosevic didn’t shake the belief that toxic demagoguery was something that happened elsewhere.
We failed to see that the demagogues rose to power offering not so much despotic authority as a new relationship between the rulers and the ruled. They shrewdly grasped a widely felt need for a new mode of sincere, dedicated leadership, as well as a more energetic way of involving the masses in politics. This is why the Nazi, Italian and Soviet regimes persuaded significantly large numbers of ordinary people that they were on the cusp of something extraordinary.
The enthusiastic participation of the masses, in turn, confirmed their leaders’ sense of being at the cutting edge of politics, resolving the problems that other ruling elites could not. In the end, as we know all too well, they tried to do everything at once, unleashing many and various calamities in the process.
But for a long time, and in innovative ways, the demagogues managed to address the discontent that mainstream politicians had neglected. Promising superhuman action, they poured contempt on political and economic systems that had failed to appreciate the extent to which more and more citizens felt themselves alone and powerless in the world.
“It is as though,” Hannah Arendt wrote in “The Origins of Totalitarianism,” “mankind had divided itself between those who believe in human omnipotence (who think that everything is possible if one knows how to organise masses for it) and those for whom powerlessness has become the major experience of their lives.” Such words now evoke déjà vu, as many more people around the world recoil from their feelings of impotence by plunging into demagogic politics.
The conservative American writer Allan Bloom presciently warned in the early 1990s against the triumphalist conviction that liberal capitalism had buried fascism and totalitarianism. “If an alternative is sought,” Bloom wrote, “there is nowhere else to seek it. I would suggest that fascism has a future, if not the future.”
In too many parts of the world that future has now arrived. Those who believe in the ideals of democracy have no choice but to explore fascism without self-congratulation -- and with particular attention to how it feeds on long-simmering frustrations with actually existing democracy. - Bloomberg View