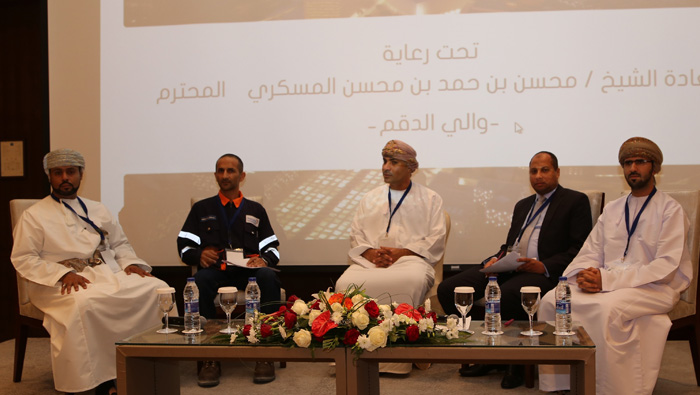 Muscat: Special Economic Zone Authority in Duqm (Sezad) confirmed its commitment to strengthen the contribution of small and medium enterprises (SMEs) in projects implemented within the Special Economic Zone in Duqm (SEZD).
It said that the law obligates government-owned companies, and government projects operating within the economic zone in Duqm to allocate not less than 10 per cent of their total purchases and tenders for SMEs.
During the SME Symposium held on Tuesday in Duqm on ‘Duqm Investment Opportunities’, Sezad stated that it had established a special register for the registration of SMEs to create a database, and send their names to the companies implementing projects in SEZD.
This would allow these SMEs to get works according to their respective economic activities. Sezad stressed that though this was not a commercial registration, it would be an assistance provided to SMEs to obtain business from major companies implementing the projects.
The seminar, organised by Sezad and the Public Authority for SMEs Development ‘Riyada’ at Crowne Plaza Duqm Hotel, under the patronage of Sheikh Mohsen bin Hamad bin Mohsen Al Maskari, wali of Duqm, witnessed an extensive presence of SMEs, which confirmed their desire to invest in SEZD.
Salim bin Yasser Al Sulaimani, executive vice president of Support Services in Sezad, indicated that the past years have seen the establishment of a number of projects in SEZD. “These provide good opportunities for SMEs in light of the various incentives Sezad provides for investors and the miscellaneous services offered through the one-stop shop,” added Al Sulaimani.
Khaled bin Al Safi Al Hiraibi, executive vice president of Riyada, stated that the seminar was part of the joint efforts to promote opportunities for partnerships and investment for the institutions with a domestic value-added from the public and private sectors.
“These would contribute to the economic diversification in the Sultanate. We also aim to support and enhance the capabilities and skills of SMEs owners to develop and allow them to grow and take advantage of the business opportunities available in Duqm,” added Al Hiraibi.
The seminar included a number of presentations on the available investment opportunities in SEZD, the incentives provided by Sezad, and the funding from financial institutions in the Sultanate for SMEs sector.