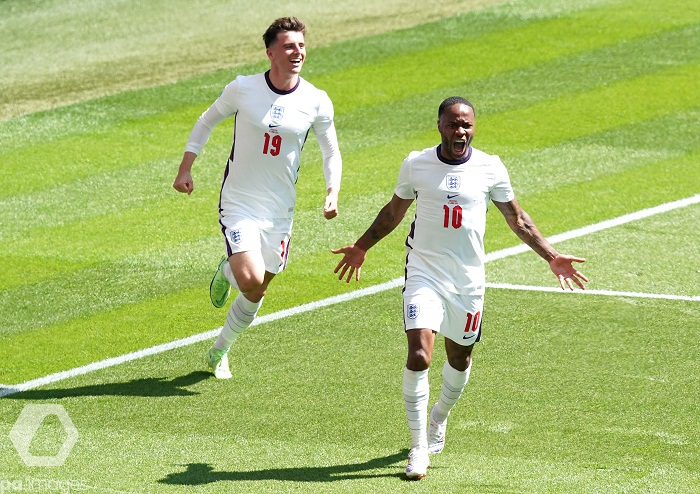 England managed to gain full three points from the match against Croatia.

London [UK]: A thunderous goal from Raheem Sterling helped England defeat Croatia 1-0 in the Group D encounter of the ongoing European Championships here at the Wembley Stadium on Sunday.

England managed to gain full three points from the match against Croatia and now the Three Lions will lock horns against Scotland on June 18 while Croatia will square off against Czech Republic on the same day. The first half between England and Croatia saw no goals and as a result, the scoreline remained 0-0 at halftime. In the first half, both teams registered one shot on target each.

In the first half, England held on to the ball for 58 per cent of the match, while Croatia held on to it for 42 per cent.

The deadlock was finally broken in the 57th minute as Raheem Sterling registered the goal for England. This was Sterling's first goal at a major tournament. Kalvin Phillips made a stunning run as he beat two players and then he went on to pass the ball to Sterling, and he did not disappoint and successfully netted the ball into the goalpost.

No more goals were possible in the match, and in the end, England went away with a 1-0 victory.

Later in the day, Austria will lock horns against North Macedonia while in another match, Netherlands and Ukraine will be squaring off against each other.