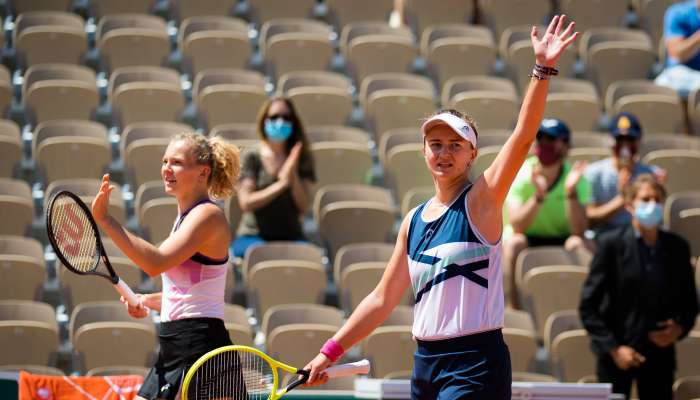 Czech Republic's Barbora Krejcikova along with her partner Katerina Siniakova

Krejcikova has also become the first woman to win both the singles and doubles events at a Grand Slam since Serena Williams in 2016.

On Saturday, Krejcikova fought an intense battle to become the first woman from her country to clinch the French Open singles title since Hana Mandlikova in 1981.

This is the sixth straight year Paris has crowned a first-time Grand Slam women's singles champion. The past 15 majors have witnessed nine different maiden Slam winners.