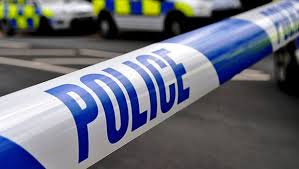 MUSCAT: More young people were registered as juvenile delinquents in 2015 than the previous year, according to data from the Juvenile Affairs Department at the Ministry of Social Development.
The percentage of juvenile crime rose 19.6 in 2015 compared to 2014. A total of 506 juvenile cases were registered with the ministry in 2015 while there were 423 cases in 2014.
North Al Batinah Governorate reported the highest number of incidents, with 139 juvenile cases, followed by Ad Dakhiliyah with 73 and Muscat with 60.
Additionally, South Al Batinah recorded 52 cases, while North Asharqiyah had 44. Al Dhahira detained 39 juvenile delinquents, and Buraimi had 34. Dhofar, South Asharqiyah and Musandam Governorates recorded the lowest number of incidents, with 35, 28 and 2, respectively.
Additionally, authorities said 479 juveniles were males, while the remaining 27 were females.
Topping the list of top 10 crimes committed by juveniles was theft, with 427 young people being apprehended, followed by 110 juveniles charged with inflicting harm, while sexual abuse cases totalled 72.
Vandalism followed with 53 cases and violence, such as brawls, with 45. Crimes related to insulting the dignity of others were 36, as well as 34 reported drug cases. 29 juveniles violated the cyber crimes law, and as many as 25 violated traffic laws. Also, 22 juveniles entered the country illegally.
The ages of the juvenile offenders ranged from 8 to 18 years old, according to the Ministry of Social Development.
A breakdown by age included: Eight years old: 1, Nine years old: 0, Ten years old: 3, Eleven years old: 5, Twelve years old: 21, Thirteen years old: 35, Fourteen years old: 47, Fifteen years old: 105, Sixteen years old: 106, Seventeen years old: 178, Eighteen years old: 5.
Further, 476 or the juveniles were Omanis, while the remaining 30 were expatriates. North Al Batinah recorded the highest number of Omani juveniles, with 134, while Dhofar recorded the highest number of expatriate juvenile delinquents,at 12.
Awareness campaigns
The Ministry of Social Development encourages parents to focus on attending seminars and awareness campaigns to educate themselves in how to build a healthy and disciplined family.
Parents will learn about how to raise their children and take care of them during their teenage years, as well as learn how to control their behaviour during puberty.
In an earlier interview, Her Highness Sayyida Basma Al Said, Founder of Whispers Serenity and a psychotherapist, stated that the environment in which children live can contribute to them becoming juvenile criminals.
Where children grow up and how they grow up, as well as methods used to raise children, could affect the child, including the physical environment of the house they live in.
The ROP stated that when they receive a report about juvenile delinquents, they act according to the Juvenile Accountability Law and refer a child back to his parents, guardians and relatives or, in worst case scenarios, bring the child to the Juvenile Care Center.