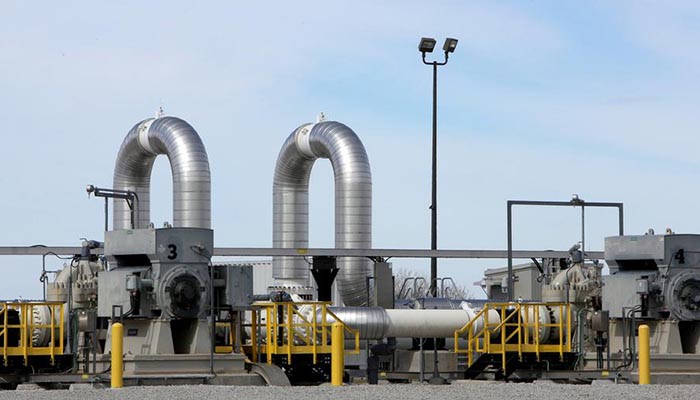 Alberta: Keystone XL pipeline sponsor TC Energy on Wednesday said it was ending the project after Canadian officials failed to persuade the White House to reverse its cancellation.

US President Joe Biden canceled the pipeline permit over environmental concerns — a reversal of his predecessor Donald Trump's stance.
Calgary-based TC Energy said it would work with government agencies "to ensure a safe termination of and exit from'' the partially-built line.
Canadian objection fails to convince

"We remain disappointed and frustrated with the circumstances surrounding the Keystone XL project, including the cancellation of the presidential permit for the pipeline's border crossing," Alberta Premier Jason Kenney said in a statement.

Why was the pipeline halted?
The line — to transport crude oil from western Canada's oil sand fields to the US state of Nebraska — was opposed by environmental and indigenous groups.

On his first day in office in January, Biden formally rescinded a permit for the project by executive order.

He cited environmental concerns — that burning oil sands crude would make climate change worse.
Opponents have slammed the project over the years, pointing to the risk of oil spills. Indigenous groups said the pipeline would be an abuse of their lands.

Approved by Canadian regulators in 2010, the project was blocked by former US President Barack Obama in 2015, partly over climate change concerns.

Trump later reversed the decision, issuing a presidential permit for the project in 2017. Operations were due to begin in 2023.

The completed segment of pipeline was to cover a 1,179-mile (1,897-kilometer) route from the province of Alberta, Canada, to Nebraska where it would have connected with existing pipelines leading to the coast. It would have transported up to 830,000 barrels of heavy crude oil a day, replacing production from Latin American countries.