Stress top cause of lifestyle diseases in Oman 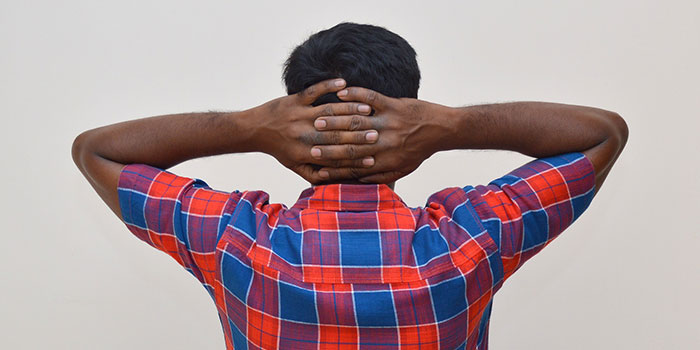 Muscat: Although Oman is ranked second from bottom in the GCC region when it comes to deaths from lifestyle-related diseases, medical experts in the region have warned that rankings may soon get worse as stress at work begins to take its toll on people’s health.
According to the World Health Organisation, 68 per cent of all disease-related deaths in the Sultanate stem from lifestyle-based ailments, which include cardiovascular problems and diabetes. Across the GCC, only the UAE is ranked lower than Oman, with deaths attributed to non-communicable diseases (NCDs) accounting for only 65 per cent of all deaths.
Cardiovascular diseases, such as bronchitis and emphysema, accounted for 33 per cent of all lifestyle diseases, while diabetes and cancer contributed 10 per cent each. “The amount of stress and the habits associated with stress, such as eating junk food or smoking to cope with it,are major problems,” said Rohil Raghavan, Medical Director of Burjeel Hospitals in Oman.
“These days, there is so much connectivity that you are never away from work. Even when you are on holiday, you are always connected, and in this respect, I believe innovation has become a bit of a problem,” he added.
“We all need to make time to exercise or go to the gym to counteract the effect of stress.
“Cardiovascular stress is a major problem here. Your heart beats at a certain rate and when you are stressed, it beats at a faster rate,” added Raghavan.
“The more stressed you are, the faster the heart beats. All of these problems add up, and this could cause problems such as hypertension and increase in blood pressure. If that goes unchecked, problems such as strokes could occur,” he added.
While junk food and smoking are two very common ways in which people deal with stress, Dr. Asha Selvaraj of the Oman Dental College said this can have a very adverse effect in the long run.
“There is also a direct link between smoking and mouth cancer. There are nearly 100 chemicals in cigarettes which cause cancer in the mouth in the long-run,” she said.
“Diet also obviously plays a very important role because we are all exposed to processed foods and sugary and fizzy drinks these days,” she added.
“The additives in them are very addictive and,if not consumed with caution, these drinks can ultimately end up becoming a big part of your diet and will result in people getting diabetes at a younger age,” she added.
“Eating processed foods which contain so many additives, preservatives and chemicals, will have a very adverse effect on your health.
“There has to be a greater drive in people to adopt healthy eating habits from a young age,” stressed Selvaraj.
“People need to be more aware of this,” she said, adding that while cooking food at home does take some time, it is very beneficial for health.
In the GCC region, Saudi Arabia and Bahrain top the list in terms of lifestyle-based deaths(both 78 per cent)while Kuwait follows with 73 per cent and Qatar comes next with 69 per cent.
Although Oman’s rating may be a cause for concern, it is still quite low internationally. In comparison, the United States (88 per cent) and the United Kingdom (89 per cent) are both well ahead of the Sultanate.
Other developed nations such as France (87 per cent), New Zealand (89 per cent), Japan (79 per cent) and Australia (91 per cent) were also placed more precariously than Oman.