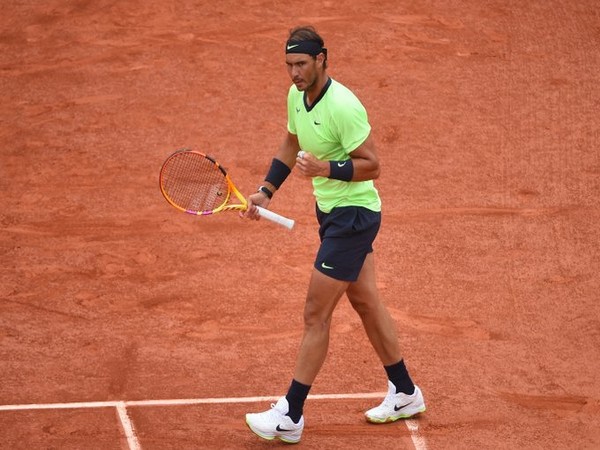 Nadal did not lose his touch in the final set.

Paris: Defending champion Rafael Nadal on Saturday stormed into the fourth round of the ongoing French Open.

Swiss tennis maestro Roger Federer also stormed into the fourth round of the ongoing French Open.

Federer defeated German lefty Dominik Koepfer in a gruelling 7-6(5), 6-7(3), 7-6(4), 7-5 battle to reach the last 16 of the tournament. The 39-year-old began well, as he served smartly. But his 59th-ranked German opponent immediately showed that the game was not going to be a cakewalk as he hit heavy groundstrokes on both wings to keep the Swiss back.

Nadal defeated England's Cameron Norrie 6-3, 6-3, 6-3 at Court Suzanne Lenglen in the third round at the ongoing Grand Slam event. The 35-year-old Nadal dropped just three games in the first set and he was able to win it 6-3, not giving the opponent any chance and he sent the alarm bells ringing.

The Spaniard continued with his momentum in the second set, and he went on to win it, and as a result, he just needed to win another set to progress to the next round of the French Open.

Nadal then did not lose his touch in the final set and he ended up progressing to the next round of the ongoing French Open.

Earlier on Saturday, world number one Novak Djokovic on Saturday progressed to the fourth round.