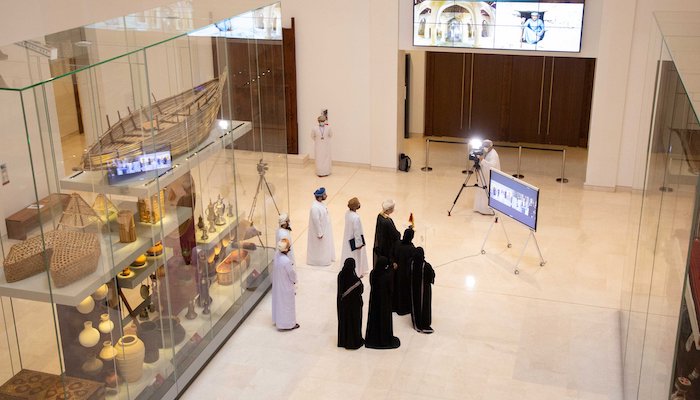 The space will highlight the historical, cultural, and scientific heritage of Oman

Muscat: A space, reserved to highlight the history, culture and scientific heritage of the Sultanate, was inaugurated at the State Hermitage Museum in Russia on Wednesday.

The Oman Hall is located in the State Hermitage Museum in St. Petersburg in Russia, alongside the Saint Petersburg International Economic Forum. It will highlight the historical, cultural, and scientific heritage of Oman at the regional and international levels, according to an online statement issued by Oman News Agency.

The event saw participation by Prof Dr Mikhail Piotrovsky, Director-General of the State Hermitage Museum and member of the Board of Trustees of the National Museum of Oman, and His Excellency Yousef bin Issa al-Zadjali, Oman's Ambassador to the Russian Federation.

His Excellency Jamal bin Hassan al-Moosawi, Secretary-General of the National Museum, joined in the proceedings virtually.

"It gives me great pleasure to attend today the inauguration of Oman Hall, which hosts the exhibition 'Oman: The Land of Frankincense', organised by the National Museum of Oman," said H.E. Yousef Al Zadjali.

"The exhibition is being held in the corridors of one of the largest and leading museums in the world," he added.

The opening of the Oman Hall is the second such event held at the State Hermitage Museum during the past three years. The first event, 'Oman's Day', organised on July 23, 2018, celebrated the Renaissance Day of the Sultanate of Oman.