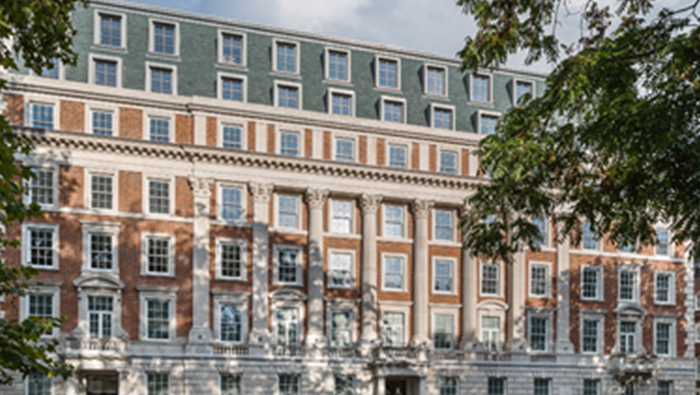 Muscat: Investors from the Middle East are beginning to return to the UK’s property market, according to the latest data compiled by global property consultancy Knight Frank.

The firm’s data highlights that 16 per cent of all sales to overseas buyers in the first three months of 2021 were to Middle Eastern buyers, up from less than 10 per cent in the second and third quarters of last year. This is the highest proportion of Middle Eastern interest since the outbreak of COVID-19 in the UK.

Despite early signs of a recovery, the firm says Middle Eastern investment is still some way off pre-COVID levels, yet it expects activity to tick up further as international travel restrictions ease.

The data highlights that buyers from the GCC are currently ranked third most prominent in the UK, only surpassed by buyers from Asia (18 per cent) and Europe (59 per cent).

“International demand for London property has been building over the last 12 months despite global travel restrictions,” said Tom Bill, head of UK residential research at Knight Frank. “It has led to frustration on the part of some prospective buyers, particularly against the backdrop of the UK’s successful vaccination programme. Once travel rules are relaxed, we expect normal service to resume, including London’s long-standing relationship with buyers from the Middle East.”

Despite lower-than-normal levels of investment from GCC investors, Knight Frank’s Global Wealth Ambassador to the Middle East, who works closely with the region’s high net worth individuals and family offices, has completed almost £90m worth of sales since the UK went into lockdown.

Moreas Madani, Middle East Global Wealth Ambassador at Knight Frank, said, “There is a particularly high demand from GCC investors for best-in-class new build projects in and around Mayfair.

“We are seeing steady interest from the Middle East; however, the biggest challenge remains restrictions on international travel. As this eases, and post-Ramadan, we are expecting to see more activity from the region as pent-up demand is released.”

Lodha, the developer behind No.1 Grosvenor Square, the former US Embassy and the Canadian High Commission, is witnessing first-hand the uptick in demand from Middle Eastern buyers. No.1 Grosvenor Square offers 44 Grade I listed apartments, through Knight Frank (+44 20 7861 5461).

Gabriel York, Co-CEO of Lodha UK comments, “We have seen a steady increase in enquiries from prospective purchasers from the Middle East since the start of the new year, and we expect this to continue through the summer as London re-opens and international travel resumes. We are now meeting numerous GCC families and business people who may have previously stayed in a hotel suite when travelling to London but are now looking to acquire a permanent residence in the city.

"They are attracted to No. 1 Grosvenor Square by the prestige and grandeur of the building, the central Mayfair location, the quality of the amenities and the desire for exceptional services that are personalised for them. The unique automated parking system, known as the vault, has also been a particular draw for customers from the Middle East with special car collections who want a total security for their vehicles.

"Health and wellbeing are increasingly important factors in property decisions, and purchasers are seeking residences close to garden squares and parks with exceptional health facilities and easy access to health services. No 1 Grosvenor Square is located on London’s second-largest garden square and within walking distance to central London’s largest park, Hyde Park. The building contains its health and wellness centre, including 25m swimming pool, gym, pilates room, treatment and consultation rooms, and is supported by health advisers from a range of wellness and medical disciplines.”