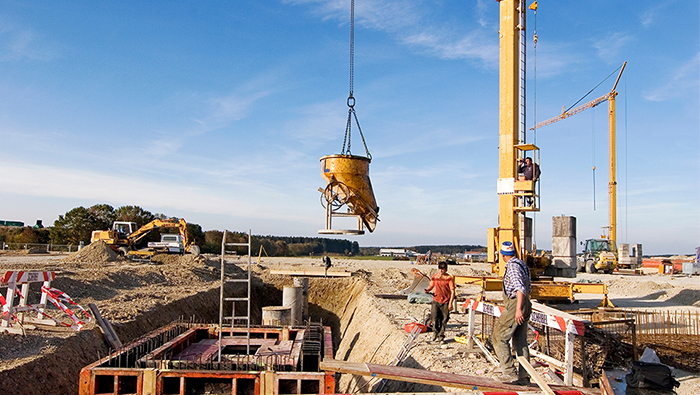 Muscat: After witnessing declines over the last several quarters, the GCC project market showed a healthy recovery during the first quarter of 2021 with the value of projects awarded more than doubling quarter-on-quarter to $26.3 billion, a new report shows.

“This was mainly led by pending project awards from last year, in addition to efforts by governments in the region to vaccinate the bulk of the population and limit the spread of the COVID-19 that affected economic activity across the globe,” Kamco Invest, a Kuwait-based investment, strategy and research firm.

Quoting Bloomberg the research firm said close to 26.5 million doses have been administered with at least the first dose of the vaccine in the Gulf Cooperation Council (GCC) out of a total population of 54 million residents.

Most of the countries have already announced easing or no restrictions with an eye on providing uninterrupted business activity.

Historically, however, the GCC project market has remained under severe pressure ever since the crude oil prices started declining and the onset of COVID-19 was essentially only partly responsible for the slowdown that the sector is witnessing recently.

The region has seen a decline in new project awards over the years as even the existing and ongoing projects were thoroughly scrutinised for their viability in a low spending environment.

With rising debt levels and record high fiscal deficits as revenues declined, governments in the GCC cancelled numerous projects after the fall in oil prices.

This affected the aggregate project market in the region even before the COVID-19 pandemic started and as projects got completed contractors in the region were seeing declining workloads.

The value of projects planned and under execution in the GCC has remained around the $1.7 trillion mark since 2017.

According to a new report, the quarterly trend shows wide variations in the GCC but promising seasonal rebound. In terms of quarterly data on project awards, the GCC region witnessed the normal seasonal spike during Q1-2021 with project awards worth $26.3 billion, more than double the contract awards during Q4-2020 that stood at $12.8 billion.

However, the growth came mainly on the back of a quarter-on-quarter (q-o-q) increase in project awards in Qatar and Kuwait while the rest of the GCC countries reported declines.

When compared to Q1-2020, only Qatar reported growth in project awards that resulted in a smaller decline at the aggregate GCC level at 3.5 per cent, Kamco Invest report said.

The higher number for Qatar mainly reflects the $13.0 billion award for the Qatargas -LNG processing trains project. On the other hand, Saudi Arabia and UAE have seen the biggest absolute fall in project awards during Q1-2021 with declines at $6.5 billion and $6.1 billion, respectively.

In terms of full-year performance, project awards in the GCC showed a declining trend in the last 6 out of 7 years.

According to data from MEED Projects, total project awards in 2020 reached $67.4 billion, the lowest recorded level since 2004.

The year-on-year (y-o-y) decline in 2020 stood at $46.2 billion with Saudi Arabia seeing the biggest decline in the region with a fall of $34.0 billion followed by UAE with a decline of $11.5 billion.

Kuwait and Oman were the only bright spots during 2020 recording a y-o-y growth in project awards during the year at $0.9 billion and 0.5 billion, respectively.

The total value of GCC contracts of the construction sector awarded during Q4-20, the largest projects sector in the GCC, sank 50.3 per cent to reach $4.1 billion against USD 8.2 billion during Q4-19 according to data gathered by MEED.

The quarterly contract awards for the GCC region shows a spike in projects for the gas sector during Q1-2021, mainly due to the Qatargas award in Qatar.

However, sectors like construction, power and transport continue to show promising consistency in awards in the region.

According to data from MEED Projects, the average project award for the construction sector stood at $5.5 billion during the last four quarters while that in the power and transport sectors showed averages of $1.2 billion and $2.4 billion, respectively.