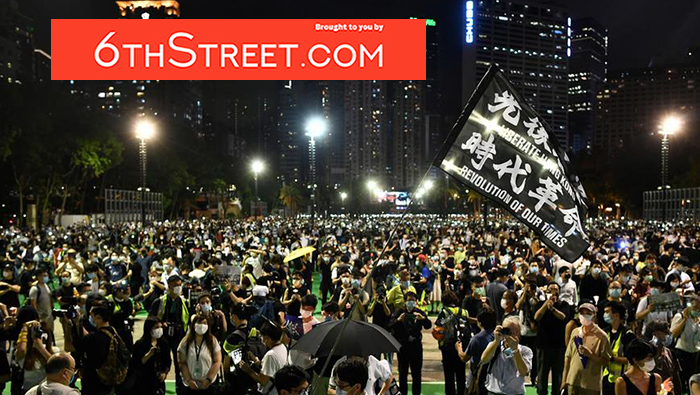 The Hong Kong Alliance in Support of Patriotic Democratic Movements of China had planned to light candles in central Victoria Park next Friday on June 4 — the anniversary of the deadly crackdown in Beijing.

This marks the second year in a row that Hong Kong police have banned the event by citing coronavirus restrictions.

"We have to apologise to the public. Hong Kong Alliance can no longer organize the candlelight vigil this year in a lawful manner. We will stop promoting the vigil," Reuters news agency reported, quoting Richard Tsoi of the alliance.

"On that day, we won't, as an organisation and members of Hong Kong Alliance, appear and join," he added.

However, Tsoi said he believed Hong Kong people would still commemorate the massacre.

Samuel Chu, who runs the Hong Kong Democracy Council in Washington, retweeted an image of Tsoi making his statement, writing, "We will light a candle for you and all of Hong Kong."

Hong Kong's Security Bureau released a statement, saying that taking part in an "unauthorized assembly" on June 4 carries a maximum 5-year sentence under Hong Kong law. Even advertising the vigil could entail a 12-month jail sentence.

Liauw Ka-kei, senior superintendent of the Hong Kong Island Region, said that the police welcomed the appeal board decision.

He said that police believe the vigil could increase the risk of spreading COVID, as well as "jeopardising public safety and affecting the rights of others."

Liauw said the police would adopt a zero-tolerance approach and take action against anyone who violates the law.

The vigil was banned as authorities in the semi-autonomous Chinese territory continue to crack down on dissent following anti-government demonstrations that plunged the Asian financial hub into turmoil in 2019.

Prominent Hong Kong pro-democracy activist and media tycoon Jimmy Lai was sentenced to 14 additional months in prison Friday for his role in the protests.

A day earlier,Hong Kong passed an electoral reform bill set to give Beijing more power over the Legislative Council, while reducing the public's ability to directly choose representatives.