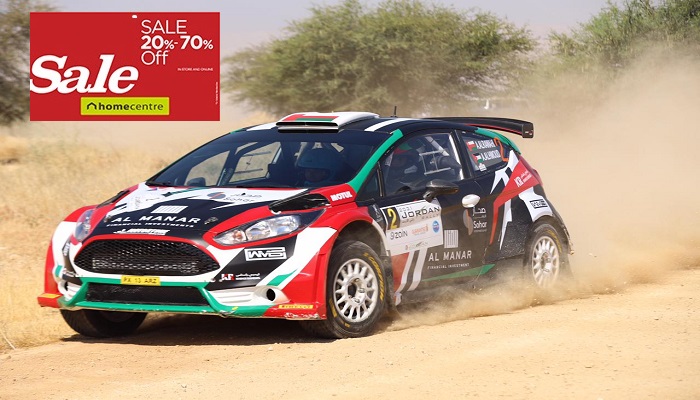 Dead Sea (Jordan): Nasser Saleh Al-Attiyah cruised into a massive lead of 8min 32.1sec after an opening leg of six gruelling special stages of the Jordan Rally that were held in punishing heat and decimated the field on Friday.

Oman’s Abdullah Al-Rawahi was sidelined with engine issues after overheating at the end of the first loop.

“We had a puncture on the rear on the first stage, and then another one on the longer second one,” said the disappointed Omani.

“It was really tough. I guess the rubber from the tyre cut a bit of the pipe on the radiator and we got a bit of a leak. The car over heated but we only knew after the third stage. It stopped. We managed to get back to service but the compression was low on the engine and we could not continue.”

Leading Jordanian Shadi Sheban held fourth overall and claimed victory in the opening round of the Jordan National Rally Championship. Round two will be held over Saturday’s stages.

Young Al-Rawahi and Feghali became embroiled in a battle for third and fourth places with half a second separating the pair after three stages.

Henry Kahy retired his two-wheel drive Škoda after the opening stage with engine issues and handed the MERC3 advantage to Asem Aref. Al-Attiyah dropped nine minutes in the second special and slipped to 10th place, with both he and Al-Rawahi’s Jordanian navigator Ata Al-Hmoud both suffering the effects of the punishing heat.

Al-Attiyah increased his advantage to 4min 33.5sec through SS4 but Al-Rawahi’s challenge for the podium ended before the fourth stage with engine overheating issues, the Omani also losing the chance of winning the opening round of the National Rally Championship.