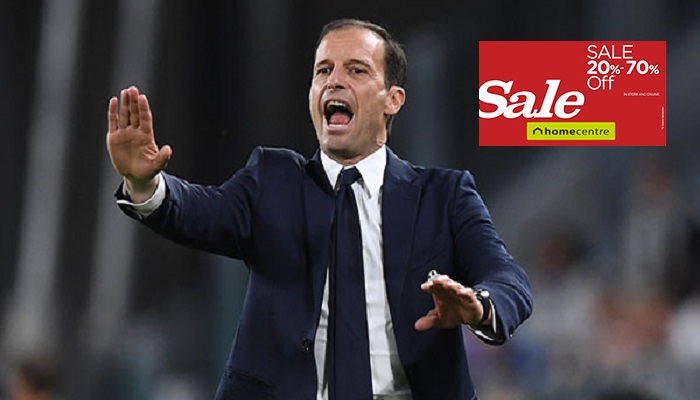 This will Allegri's second stint with Juventus. Earlier in the day, the Serie A club sacked manager Andrea Pirlo after just one season as head coach. "Massimiliano Allegri is the Juventus manager once more. Allegri finds a bench that he knows very well, a club that he loves and that loves him back, as today a new journey begins together, towards new goals," Juventus said in an official statement.

"We are ready to begin again with Allegri, to build our future together; with his enormous professionalism, his moral strength, with the brilliant ideas of a coach capable of shuffling the cards, both on and off the pitch."

"With his smile, a sort of 'signature'. With his way of understanding football and life with simplicity, with his desire to play things down and with the commitment to enjoy every beautiful moment that being at Juventus can give and will give," the club added.

When Juventus had suffered a 0-3 defeat against AC Milan on May 9, it was looking improbable that the side would qualify for Champions League, but somehow Cristiano Ronaldo's side managed to do it.