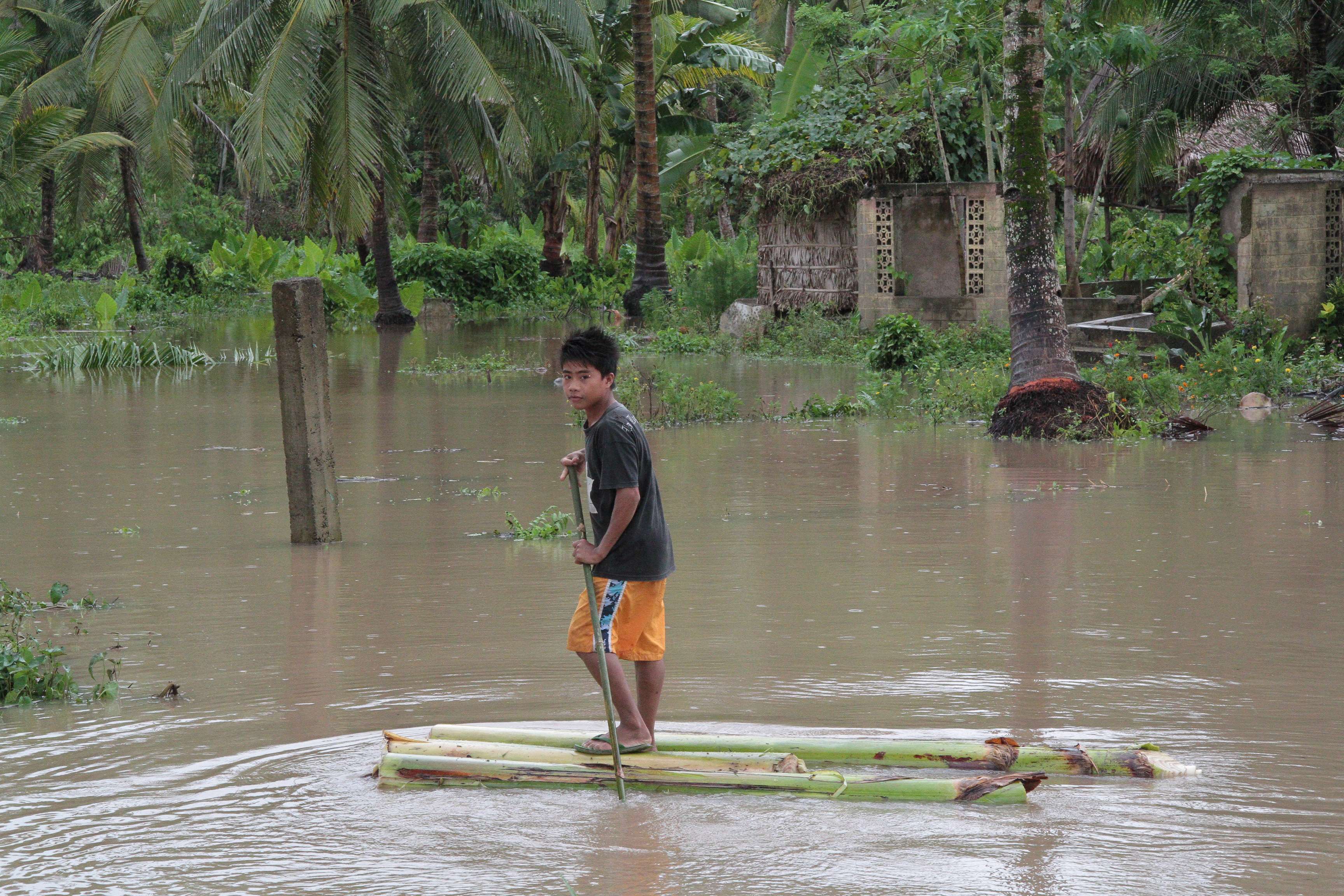 Nearly half the world’s population – some 3.5 billion people – lives near coasts. As climate change exacerbates the effects of storms, flooding, and erosion, the lives and livelihoods of hundreds of millions of those people will be at risk. In fact, the latest edition of the World Economic Forum’s World Risk Assessment Report names failure to adapt to the effects of climate change as the single greatest risk, in terms of impact, to societies and economies around the world.
Beyond endangering lives, more frequent and stronger storms could cost many billions of dollars, owing to infrastructure damage and lost revenues from farming, fisheries, and tourism. And, as the Harvard Business Review recently noted, the projected cost rises with each new study. Yet the international community currently spends on risk mitigation less than one-fifth of what it spends on natural-disaster response.
When it comes to climate risk, an ounce of prevention is worth a pound of cure. As Rebecca Scheurer, Director of the Red Cross Global Disaster Preparedness Center, put it, “We spend millions of dollars on the response side, and were we to invest more of those resources on the front end we’d save more people. It’s as simple as that.”
With the human and the financial costs of climate change attracting more attention than ever, now is the time to shift resources toward risk reduction. Doing so will require national governments, industry, aid organisations, and other NGOs to make the most of their investments. And some of the most effective and cost-effective solutions are already available in nature.
Coastal and marine ecosystems have considerable potential to mitigate the effects of storms and other risks, especially when combined with traditional built infrastructure. A 100-mere belt of mangroves, for example, can reduce wave height by up to 66 per cent and lower peak water levels during floods. A healthy coral reef can reduce wave force by 97 per cent, lessening the impact of storms and preventing erosion. These and other coastal ecosystems are the first line of defense for many cities around the world, from Miami to Manila.
Until recently, such nature-based solutions were too often overlooked. But leaders increasingly recognise their importance, and are beginning to take action, including on the international level. The Paris climate agreement, reached last December and signed last month, not only established a consensus on the importance of addressing climate change, but also explicitly affirmed that ecosystems play a role in capturing greenhouse gases and helping communities adapt to the effects of climate change.
At the national level, some of the most at-risk island countries are taking important steps. For example, last year, the Seychelles announced a first-of-its-kind “debt for nature” swap with its Paris Club creditors and The Nature Conservancy. The swap will allow the country to redirect $21.6 million of its debt toward investment in a comprehensive approach to ocean conservation that will bolster its resilience to climate change.
Private-sector leaders, too, are starting to look toward natural tools. Engineering firms like CH2M are working with coastal communities in the Gulf of Mexico and beyond to find hybrid solutions that combine traditional and nature-based approaches.
Even the insurance industry – comprising what may be the most risk-averse companies in the world – sees the potential in natural solutions. Over the last decade, insurers have paid out some $300 billion for climate-related damage, often to rebuild the same vulnerable structures. It is not surprising, then, that the reinsurer Swiss Re has conducted studies on mitigating the costly risks of hurricanes to coastal communities.
According to one Swiss Re study, Barbados loses the equivalent of 4 per cent of its GDP every year to hurricane-related costs. But every dollar spent to protect mangroves and coral reefs saved $20 in future hurricane losses. Given such findings, it is no longer inconceivable that insurance companies might one day write coverage for wetlands and other natural infrastructure that offers protection for coastal communities and economies.
Nature can also help to protect livelihoods. A Red Cross-led mangrove restoration project in Vietnam not only reduced damage to dykes and other built infrastructure, but also resulted in higher aquaculture yields and thus more income for the local communities. A mangrove and coral restoration project in Grenada – a joint effort of the Red Cross, the Nature Conservancy, and the fishers of Grenada’s Grenville community – has also shown great potential to increase resilience. Just 30 meters of reef and coral have been shown to increase substantially the population of lobster, conch, octopus, and urchins.
Climate and disaster resilience is a challenge that spans across sectors. So too must our solutions. Such collaborative efforts are vital to the development and implementation of more effective preventive strategies. The World Bank, the Nature Conservancy, and partner researchers (including ecologists, economists, and engineers) have recently published a report offering guidelines for such cooperation. Specifically, the report recommends calculating the value of coastal ecosystems in terms of protected capital and infrastructure, based on approaches commonly used by the insurance and engineering industries.
In the face of rising climate and disaster risk, investments in nature-based solutions can protect lives and safeguard prosperity in a cost-effective manner – all while preserving imperiled natural ecosystems around the world. It is time for governments, business, and NGOs alike to recognize that when it comes to fighting the effects of climate change and protecting coastal communities, preserving and restoring nature may be the smartest investment we can make. - Project Syndicate