How Norwegian electricity gets into the German power grid 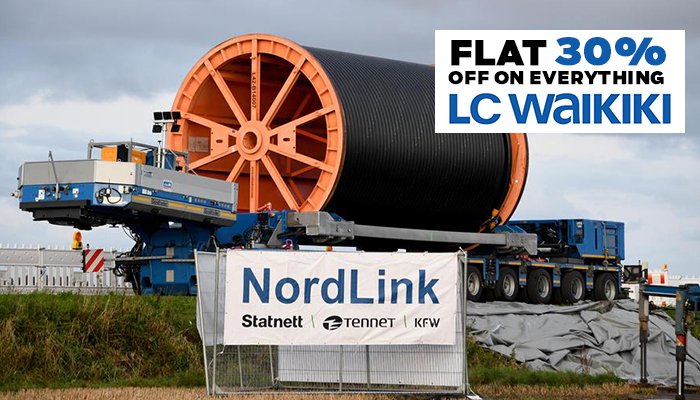 But they can still redeem themselves: On Thursday (May 27), the NordLink submarine power cable between Norway and Germany was inaugurated on time in Wilster in the German state of Schleswig-Holstein. Half a year ago, the connection was completed, including successful test run.

"For the first time, we've directly connected the electricity markets of Norway and Germany," the CEO of German grid operator Tennet, Tim Meyerjürgens, said in December last year. Last week he told reporters that the test run was completed without any major glitches. "We just had to make some minor adjustments," he insisted.

The inauguration ceremony in Wilster was attended by German Chancellor Angela Merkel and Norwegian Prime Minister Erna Solberg. Merkel called NordLink a symbol of successful cooperation in the energy sector, but warned that a lot more needed to be done to support Germany's energy transition. "Northern and southern Germany have to be connected better via efficient power transmission systems, and only then can we harness NordLink's full potential," Merkel said.

A win-win project
NordLink brings together the Norwegian and German electricity markets. Clients in both nations stand to profit. When German wind farms and solar panels generate little electricity because of unfavorable weather conditions, the subsea cable will supply Norwegian hydropower to German households, especially when Norway's water reservoirs are full.

In drier periods, the Scandinavians can get excess electricity from German wind and solar farms.

At the beginning of the test run, Gunnar G. Lovas from Norwegian transmission grid operator Statnett said that "NordLink will help us meet our climate goals and create added value in both Norway and Germany."

NordLink everywhere
The 623-kilometre (387-mil) cable runs across the Wadden Sea and the North Sea for 516 kilometres, reaching the German mainland north of Büsum. For another 54 kilometers, it's an underground cable running all the way to Nortorf near Wilster in Schleswig-Holstein.

Nortorf is home to one of the cable's two converter stations, where energy is transformed from direct current (DC) to alternating current (AC) or vice versa, depending on market requirements. The other converter station is located in Tonstad, Norway. It's linked with the subsea cable via a high-voltage power line.

The cable has a capacity of 1,400 MW and is capable of providing climate-neutral energy for some 3.6 million households.
NordLink is not a first, as there are already a couple of high-voltage DC transmission lines in the North Sea. One of those is Norned, linking the power grids of Norway and the Netherlands. It's 580 kilometres long.

Another one links the Netherlands and the UK and runs between Maasvlakte near Rotterdam and the Isle of Grain in Kent. The project went into operation back in 2011, just three years after the Norned cable.

Since September 2019, Denmark and the Netherlands have also exchanged electricity via the COBRAcable, which has a length of 325 kilometres.

High-flying plans
COBRAcable is also about putting renewable energy to better use. It focuses among other things on making excess Danish wind energy available to Dutch households.

The direct link between Denmark and the Netherlands also aims to relieve the northern German power grid. In the future, offshore wind farms in the North Sea can be hooked up to the COBRAcable.

This would also be an incentive for building new offshore wind farms. The German companies RWE and BASF have only recently announced plans to build one of the world's largest wind farms in the North Sea. It is to become operational in 2030. The project is expected to cost €4 billion ($4.9 billion).