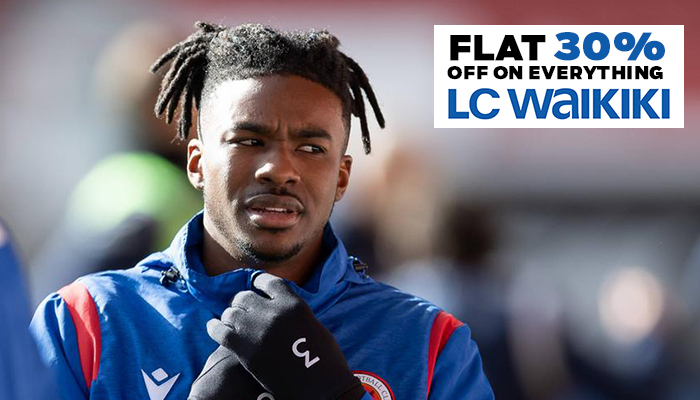 Munich: With David Alaba about to part ways with Bayern after 11 glittering years in Munich, the German champions have wasted no time in finding his replacement — but it's not an obvious choice.

Omar Richards signed a four-year deal with Bayern on Thursday, joining on a free transfer from English second-tier club Reading and taking the number 3 shirt.

“My move to FC Bayern is a great honour for me — a dream has come true," Richards told Bayern's official website.

"I’m proud to be wearing the shirt of one of the world's biggest clubs. I hope I can help the team continue to be successful in the future. My thanks to the management at Bayern for their trust. Our conversations were very convincing. I can't wait to be on the pitch for Bayern. Mia san mia!”

Bayern's sporting director Hasan Salihamidzic added: "We're delighted Omar is coming to Bayern. Omar is a technically fine player on the left of defense. He's very alert and we trust him to play a good role in our team."

When news started to surface that Bayern Munich were close to signing Omar Richards, the question on most people's lips was: Omar, who?
Richards is 23 and has been at Reading since he was 16, having been released by Fulham when he was still a left-sided forward. David Dodds, Reading's academy coach at the time, converted him into a left-back and he's remained there ever since.

Richards progressed under former Dutch international Jaap Stam, who handed Richards his debut at the age of 19 and a four-year contract in 2017. With that contract having been set to expire on June 30, Bayern have seen an opportunity to sign the rising star for free.

"Omar is a left back with a lot of quality on the ball, pace and real drive going forward - and those are attributes which every team in football is looking for in a player," said Stam, shortly after Richards signed his Reading contract in 2017.

Born and raised in the London district of Lewisham, he's the latest south Londoner to catch the eye of a Bundesliga club with Dortmund's Jadon Sancho and Bayern's Jamal Musiala already playing their club football in Germany.

Richards has been identified as the perfect player to put pressure on Alphonso Davies, the heir to Alaba's throne at Bayern but a player whose form has dipped in the past few months.

With Davies also plucked from relative obscurity — the Vancouver Whitecaps for €10million in 2019 — Bayern will be hoping their strategy of signing rough diamonds and molding them into the finished article will work again with Richards.