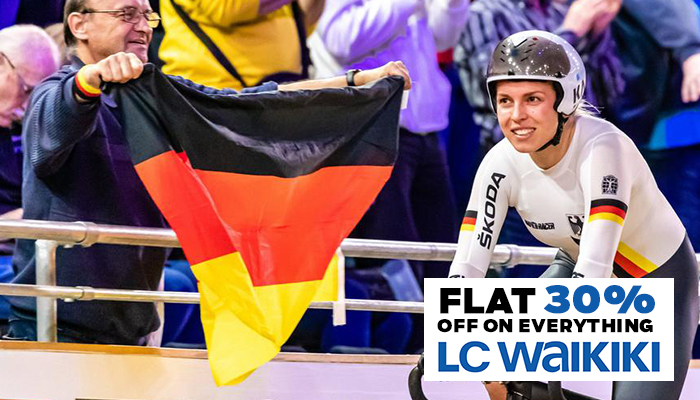 Minsk: Belarus has been stripped of the European Track Cycling Championships in Minsk next month after the country purposely diverted a Ryanair passenger plane to arrest a high-profile opposition activist.

The European Cycling Union (UEC), the body responsible for organising the event, took the decision following a board meeting on Thursday, saying in a statement that "in light of the current international situation, the Management Board has decided to cancel" the championships, which had been scheduled to take place in the Belarusian capital at the end of June.

"We have recently been monitoring the situation with the Belarus Cycling Federation which has now developed into an international debate," said Enrico Della Casa, the UEC's president. "We are already working on finding an alternative solution to enable the riders from our 50 national federations to compete in this season's continental event."

Due to the coronavirus pandemic, there have been no major international track cycling competitions since early 2020.

On Tuesday, the German Cycling Federation, the BDR, became the first to announce that it would not send a team to Minsk. The BDR contacted the UEC and "made it clear that under these circumstances the German national track cycling team would not be able to participate" in the championships.

Representatives of Britain, the Netherlands and Lithuania had also signaled that those nations could withdraw.

The action to arrest opposition activist Raman Pratasevich on Sunday was widely condemned as a "hijacking" by European leaders. In response, the European Union agreed to a new round of sanctions on the Belarusian regime of longtime leader Alexander Lukashenko, including shutting Belarus out of EU airspace.

DW approached the UEC with a list of questions related to the hosting of the championships on Monday but was told by Della Casa, that "due to the recent incorrect press articles published, we do not wish to comment further." Della Casa didn't specify which articles he took issue with. The Danish newspaper Berlingske previously reported that the Netherlands, Lithuania and Denmark had all offered to step in as possible replacements, but that all three offers — which came at various points over the last year — were rejected by the UEC.

Sunday's incident has put a renewed spotlight on Belarus' hosting of sporting events. UEFA, European football's governing body, was recently criticized for awarding the 2025 Women's European Under-19 Championship to Belarus. In January, Minsk was stripped of its half of the Ice Hockey World Championship, following a backlash from major sponsors, European politicians and opposition groups.

Since Lukashenko's disputed reelection in August, about 35,000 people have been arrested in a violent clampdown on opposition protesters.
Athletes have been among those detained or punished by the regime, leading the International Olympic Committee (IOC) to sanction Belarusian sports officials and warn other sports bodies to "respect these measures in the interest of protecting Belarusian athletes' rights."

The IOC's remarks were taken by many to mean that Belarus shouldn't be awarded or allowed to retain the hosting rights for international competitions. However, despite pressure from the Belarusian Sport Solidarity Foundation (BSSF), an opposition athlete-led movement, the UEC had been reluctant to give up on Minsk.

In a letter to the BSSF in March, a copy of which has been seen by DW, Della Casa wrote that "we are legally contracted to host this event at this time and location and were unable to find another suitable host on this date," adding that "the UEC respects the equality of all its member national federations and does not and cannot get involved in the internal matters of these federations."

'Wise decision'
In a statement to DW on Tuesday, the BSSF welcomed the "wise decision of the German cycling federation not to travel to Belarus" and had once again called on the UEC to make the "only right decision when it is not too late and cancel" the championships in Belarus.

"Considering the latest shocking turn of events, we find it surprising that the senior management of the European Cycling Union takes time to make a decision that will primarily keep athletes, sports and media specialists safe," the BSSF said. "The decision will keep them out of any activities that can even remotely become part of the power legitimization of the world's most dangerous man.

"European parliamentarians, as well as ministers of sports of the European Union member states, previously expressed their concern about the situation in Belarusian sport and have stated that it is not possible to hold any international sports competitions in the country where human rights are violated every day and human dignity is humiliated. That was even before the hijacking of the plane."

Athletes Germany, which represents the interests of German competitors, said that while it supported the BSSF's stance, athletes were paying the price for a lack of due diligence by sports federations.

"International cycling has had a long time to make alternative plans," said Maximilian Klein, the group's representative for international sports policy. "Should the participation in the European Championships in Belarus be cancelled, it is urgent and imperative to find an alternative host venue to provide the starting athletes with important competition practice and qualification opportunities for the Olympics."