Cuban baseball player defects in US ahead of Olympics qualifier 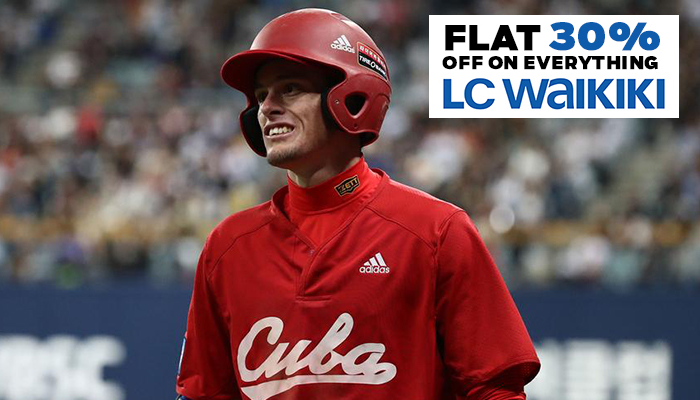 Florida: The Cuban Baseball Federation confirmed Wednesday night that one of the players on the national team defected a few hours after the squad arrived in Florida to participate in a qualifying tournament for the Summer Olympics in Tokyo.

The organisation identified the player as second baseman César Prieto, 22, regarded in some baseball media as "the best young hitter in Cuba."

"His decision, contrary to the commitment made to the people and the team, has generated disdain among his peers and other members of the delegation,” the federation said.

The team made it to Florida after months of struggling to obtain US visas, for which the players filed applications in three other countries due to US sanctions that prevented the US Embassy in Havana from issuing the documents. The permits were finally delivered Tuesday, however, the day before departure, under a special effort made by the Embassy and the US Department of State.

The squad flew on a special, chartered flight to Miami. One report says upon arrival by team bus to a hotel, Prieto "got out and into a car." He has not been seen since.

Eight nations — Cuba, the United States, Venezuela, Puerto Rico, the Dominican Republic, Nicaragua, Colombia and Canada — will be playing for one spot in the six-team Tokyo Olympics baseball tournament. The tournament runs from May 31 to June 5 in South Florida, but exhibition matches are scheduled ahead of the main event.

Cuba has dominated Olympic baseball with three gold and two silver medals. By contrast, the US has won one gold and two bronze.
Cuba is a country where a visitor will find baseball played wherever there is space to bat a ball. While news from the US may be hard to come by, every baseball player knows the neighboring country 150 kilometers north of Havana is the place for the great players to become both great and wealthy.

Defecting to the US
Since the 1959 communist revolution in Cuba, at least 90 players have managed to make their way to the other side of the Florida Strait to defect, then play for Major League Baseball clubs, regarded as the top echelon teams of the game. Some have run away or been hidden while traveling in the US or elsewhere, others have used makeshift watercraft. Many more Cuban defectors have played in the lower-status minor leagues of baseball, and some never translate their skills in Cuba to big-time baseball in the US.

The most recent story of massive success is Jose Abreu of the Chicago White Sox, who won the 2020 Most Valuable Player award in the American League (30 top-tier clubs are divided into two leagues, the other called the National League). A more typical story is that of 28-year old Andy Ibáñez, called up from the minor leagues seven years after defecting to play for the Texas Rangers club. He was sent back down two weeks ago in the up-again-down-again world of US baseball.

Detente, briefly
During the administration of President Barack Obama, the US moved toward normalizing long-strained relations with Cuba. Obama agreed to an historic detente with then-Cuban President Raul Castro, and in 2016, during a trip to Havana, attended an exhibition game between the Cuban national team and MLB's Tampa Bay Rays with Castro.

Major League Baseball worked out an agreement to welcome Cuban baseball players without the need for them to defect. But former President Donald Trump reversed course on those changes and forced the cancelation of such agreements. President Biden, despite noting that Trump "inflicted harm on the Cuban people," has not made a shift in Cuba policy one of his foreign policy priorities.

That means that some of the world's top baseball prospects like young César Prieto will need to break free of Cuban law and defy US visa regulations to try to play professionally in the US.