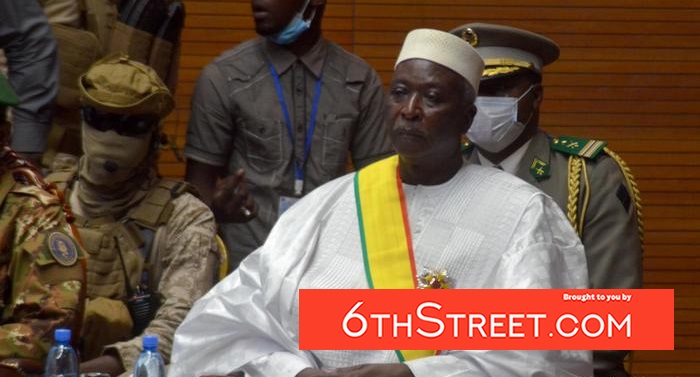 The leaders were reportedly taken to the Kati military base located near Mali's capital, Bamako.

The arrests come just hours after two members of the military junta lost their positions in a cabinet reshuffle.

Protesters 'say no to the coup'

"We also never agreed with this transition because we condemned the coup [of August 2020]. But we think we had to give these officials a chance to continue, to bring us to the end of this transition," Drame told DW.

"People who are paid by our taxes to take care of our security — at a time when two-thirds of our country is in the hands of jihadis and rebels — these people are fighting for ministerial seats," Diallo said.


Salif Traore, a security specialist in the Sahel and director of the think tank Afriglob, told DW that the military in Mali acted out of "survival instinct" when it arrested N'Daw and Ouane. Prior to Monday's detention, two senior military officials lost their posts in a government reshuffle.

"The defense minister who was fired is said to have very close ties to Russia. He wanted Russia to gradually replace France," Traore said, referring to the French military presence on the ground.

"What is certain is that the outgoing defense minister had studied in Russia and interrupted those studies to take part in the August 2020 coup," he added.

"The initial participants of the August 2020 coup believe that they must remain in the government."


The UN, the African Union and the Economic Community of West African States (ECOWAS) condemned the move and called for the leaders to be released. The "attempted coup" was also met with disapproval from the EU, US and UK.

UN Secretary-General Antonio Guterres said he was "deeply concerned" by the arrest of N'Daw and Ouane.

"I call for calm & their unconditional release," he said on Twitter.

A delegation from ECOWAS is heading to Bamako on Tuesday.


The EU slammed the "kidnapping" and called for the immediate release of the leaders.

"What happened was grave and serious and we are ready to consider necessary measures," European Council President Charles Michel told reporters on Monday following an EU summit in Brussels.

In a statement that followed the summit, EU leaders said they would consider "targeted measures against political and military leaders who obstruct the Malian transition."

What's the political situation in Mali?


In August, the Malian military ousted President Ibrahim Bouboucar Keita, forcing him to resign. An interim government, led by N'Daw, was formed in September.

The interim government, which is set to govern the country for an 18-month period, is tasked with implementing reforms and eventually holding elections. Many of the key leaders of the interim government are affiliated with the military, and N'Daw himself has served as an army officer.

Separatist and Islamist groups have waged an armed insurgency against the government since 2012. The fighting has displaced hundreds of thousands of people, with violence having spilled over into neighboring Burkina Faso and Niger.