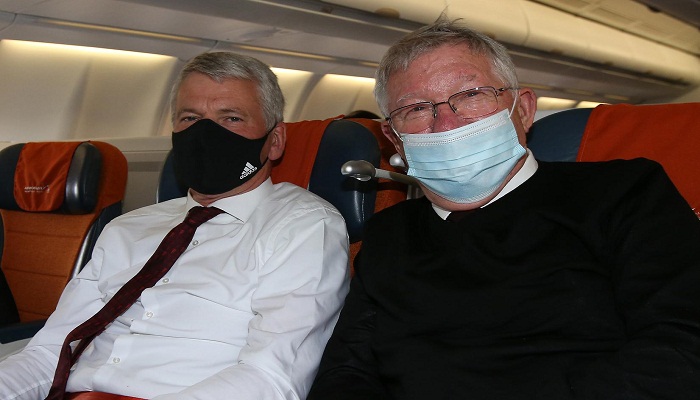 Manchester United will take on Villarreal in the finals of the Europa League on Wednesday and the squad departed for Gdansk on Monday afternoon. Ferguson had then joined the travelling party on the flight, reported Goal.com. United is just one game away from registering their first title win under Ole Gunnar Solskjaer.

Solskjaer has played under Alex Ferguson and in 1999, the current manager had scored a famous goal against Barcelona to hand United a victory in the Champions League final.

Manchester United managed to win the Premier League title 13 times under Sir Alex Ferguson, with the last win coming in 2013.

United finished at the second spot in the Premier League standings for the 2020-21 season.

United have taken 26 players with them for the finals of the Europa League. Anthony Martial has returned to training, but he has not travelled with the squad.