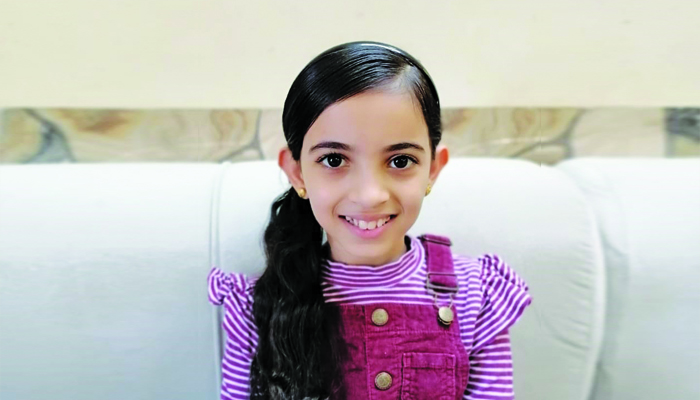 Shahlla’a bint Saeed Al Hadidiya, who lives at Nakhal in South Al Batinah, was sharing on Oman Radio her ambitions of becoming a flight attendant, because she harbours a dream of one day wishing to serve His Majesty.

Muscat: A 10-year-old Omani girl received a phone call from His Majesty Sultan Haitham Bin Tarik, and his wife, Her Highness the Honourable Lady, His Majesty the Sultan’s Spouse, after sharing her career ambitions on national radio.

Shahlla’a bint Saeed Al Hadidiya, who lives at Nakhal in South Al Batinah, was sharing her ambitions of becoming a flight attendant, because she harbours a dream of one day wishing to serve His Majesty.

“I love our Sultan a lot…my dream is to become a flight attendant so that I can provide hospitality to His Majesty,” she said, on radio show Schools Mornings. Little did she know, though, that two very special people would soon call her. When His Majesty the Sultan and Her Highness did speak to her, Shahlla’a was overwhelmed with emotion.

“When I received the call, I could not stop myself from crying, while talking to them,” she admitted. “I was so happy and overjoyed at listening to the voices of His Majesty and his wife. His Majesty the Sultan said he had listened to me on Oman Radio, and encouraged me to fulfil my ambition.”

She revealed that His Majesty spoke to her in a very tender manner, just like her father often does, and enquired about her current situation. Adored by her teachers and liked by her friends, Shahlla’a does rather well at school. Her mother added that the joy the family felt on receiving this special call was ‘indescribable’.

“We didn’t expect Shahlla’a’s participation on Oman Radio, nor did we expect this sort of reaction!” she admitted. “We were very, very pleased when we received this call: this revealed to us the sincerity of the Sultan in the progress of his country’s people, and his keenness on following up on our wellbeing.”

“Speaking to His Majesty is a matter of great pride for not just us, but all Omani adults and children,” she added. “His Majesty and Her Highness have brought joy to my little girl through this simple phone call.”