Asia shares cautious ahead of US inflation test, Bitcoin slides 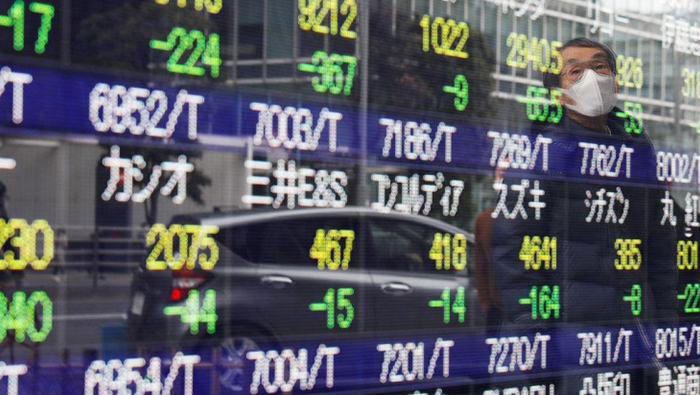 Tokyo: Asian shares got off to a cautious start on Monday as investors anxiously awaited a key read on US inflation this week for guidance on monetary policy, while Bitcoin took a hammering after China cracked down on mining and trading of the cryptocurrency.

MSCI's broadest index of Asia-Pacific shares outside Japan was barely changed in slow trade. Japan's Nikkei added 0.1 per cent and South Korea was flat, Reuters reported.
Nasdaq futures were off 0.2 per cent and S&P 500 futures were a fraction firmer.

After surveys of the global service sectors out on Friday showed spectacular growth, all eyes will be on US personal consumption and inflation figures this week.

A high reading for the core inflation figures would ring alarms and could revive talk of an early tapering by the US Federal Reserve.

The diary has a crowd of Fed speakers this week, including the influential Fed Board Governor Lael Brainard, and markets will be keen to hear if they stick to the script on being patient with policy.

As a result, managers had pushed into commodities and late-cyclicals, where overweight positions were close to 15-year highs, while the single most crowded trade was Bitcoin.

"With such bullish views on growth and inflation, the risk for investors is that growth slows and inflation proves temporary," BofA analysts said in a note. "Also, Tech, viewed as crowded fairly recently, is now back to an underweight and would likely benefit if inflation fears ebbed."

The crowded trade in Bitcoin left it vulnerable to a sell-off as investors rushed to the exits en masse, seeing it down 50 per cent from its an all-time high. The cryptocurrency shed 13 per cent on Sunday alone and was the last trading off 8 per cent at $34,601.
It was hurt in part by China's crackdown on mining and trading of the largest cryptocurrency as part of ongoing efforts to prevent speculative and financial risks.

The major currencies were staid in comparison, with the euro holding at $1.2179 after repeatedly failing to clear chart resistance around $1.2244 last week.

The softness of the dollar combined with concerns about inflation and the wild volatility of cryptocurrencies to put gold back into favour. The metal was last at $1,881 an ounce, after reaching its highest since January.

"The recent mix of strong US CPI, weak employment, and Fed policymakers willing to let inflation overshoot while targeting the employment gap could remain gold bullish for a while longer," said Michael Hsueh, commodities & FX strategist at Deutsche Bank.

"Gold's recovery has been associated with the strong rally in some parts of the commodities complex, increasingly represented by agriculture, metals and transport indices this year, and an 8-yr high in US 10-year inflation expectations."

Oil prices edged higher on Monday after taking a loss last week as investors braced for the return of Iranian crude supplies.