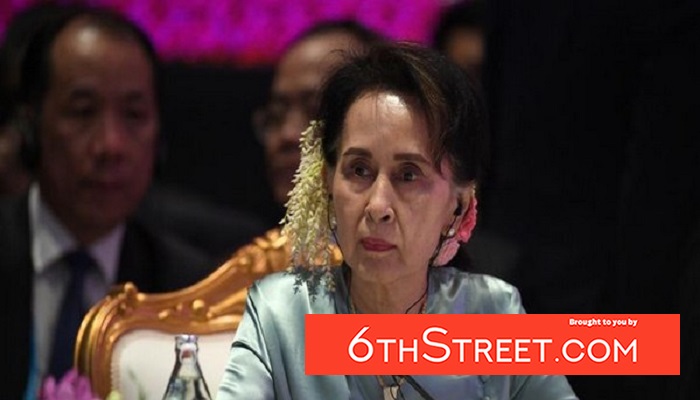 Naypyitaw: Myanmar ousted leader Aung San Suu Kyi on Monday appeared in court in person for the first time since she was put under house arrest after the coup on February 1.

"She looks healthy," the lawyer said of Suu Kyi.

Military spokesperson Zaw Min Tun told Nikkei Asia that Aung San Suu Kyi's court hearing took place today at a "special court" set up near her house in the capital Naypyitaw from 10:30 am to 11:00 am.

Suu Kyi and President Win Myint, along with other top officials accused of election fraud, have been placed under house arrest.

She was charged for illegally importing walkie-talkies, flouting coronavirus restrictions, spreading information that fanned social unease, and receiving USD 600,000 and gold from the then chief minister of the Yangon Region, reported Kyodo News.

The most serious charge alleges that she violated the country's colonial-era Official Secrets Act.

Last month, she attended a court hearing in Myanmar's capital Naypyitaw through videoconference where her lawyer defended her and said all the charges were fabricated.