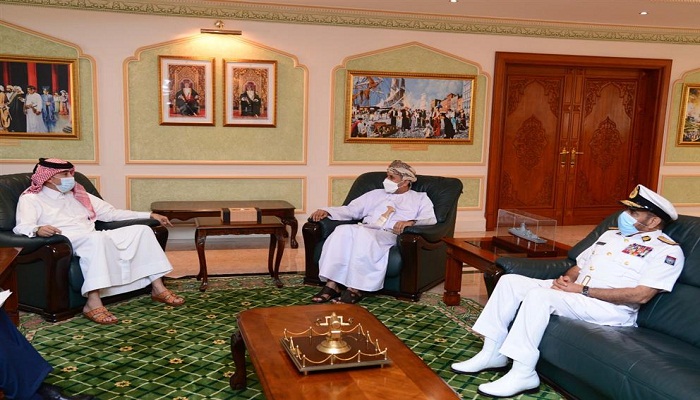 The message deals with the military cooperation between the two brotherly countries.

The message was handed over to Dr. Mohammed Nasser Al-Zaabi, Secretary General at the Ministry of Defence, when he received yesterday Rashid Said Al-Khayarin, Chargé D’affaires of the Qatari Embassy in Muscat.

The two sides reviewed the strong relations between the two brotherly countries and exchanged views on several matters of common concern.

The meeting was attended by Vice Admiral Abdullah Khamis Al-Raisi, Chief of Staff of the Sultan's Armed Forces and the Military Attaché at the Qatari Embassy in Muscat.