Premier League was such an important part of my career and life: Beckham 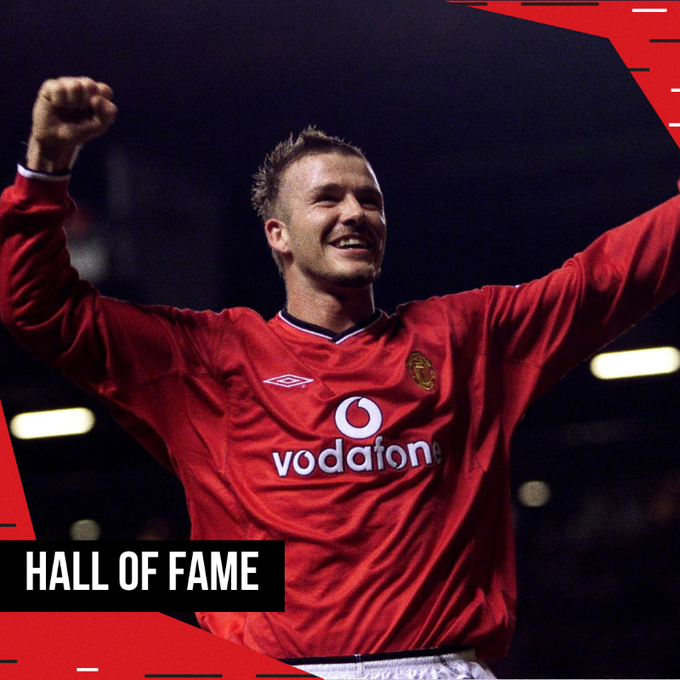 London: David Beckham was confirmed as the final Premier League Hall of Fame inductee of 2021 on Thursday and the former Manchester United and England skipper has said it is an honour to join the legends of the game in the Hall of Fame.

"It's an honour to be inducted into the inaugural Premier League Hall of Fame alongside these legends of the game and league," Beckham told premierleague.com.

"The Premier League was such an important part of my career and life and I'm delighted to be recognised alongside these icons who I played with, competed with and looked up to.

"This is made even more of an honour for me knowing that it was down to the fans. This past year or so has shown just how important fans are to the game and it's so great to see them slowly being able to come back to stadiums because they make football truly special.

"I've always said that throughout my playing career and beyond, I'm so lucky to have incredible fans who support me no end so thank you to everyone who voted."

The former midfielder helped Manchester United win six Premier League titles with his unrivalled passing ability, pinpoint crosses and 18 goals from trademark free-kicks, a total to which no player has come close.

Beckham announced himself on the Premier League stage on the opening weekend of the 1996/97 season, scoring from inside his own half for Man Utd away to Wimbledon.

While he brought fame and glamour to the League, he was also a fearless competitor and established himself as a mainstay in Alex Ferguson's Man Utd side, claiming his six titles across eight full seasons.

Only eight players have beaten Beckham's total of 80 PL assists, while just three have surpassed his combined tally of 142 goal involvements for Man Utd in the competition.

To be eligible for the Premier League Hall of Fame this year, players had to have been retired as of August 1, 2020, and only a player's Premier League career was considered in his candidacy. Each inductee will receive a personalised medallion, engraved with the year of their induction.