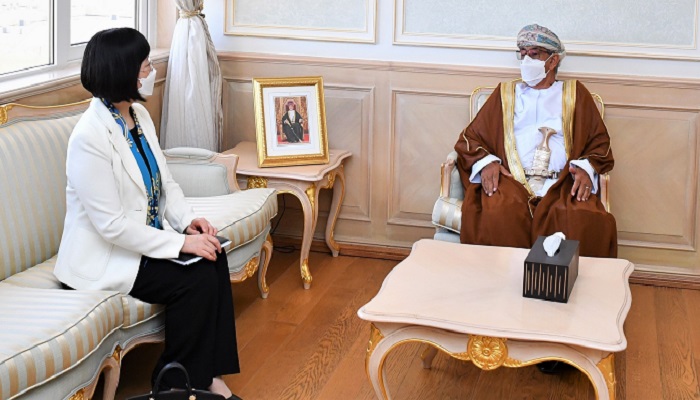 Muscat: The Minister of Health has received at his office the  Ambassador of the People’s Republic of China accredited to the Sultanate.

A statement issued online by the Ministry of Health (MOH), said: "His Excellency Dr. Ahmed bin Mohammed Al Saeedi, Minister of Health, received today, Thursday, at his office at the Ministry’s General Office, Li Lingping, Ambassador of the People’s Republic of China accredited to the Sultanate."

"During the meeting, cordial conversations were exchanged and ways to develop and enhance bilateral cooperation between the two friendly countries in the health field."

"His Excellency the Minister of Health expressed his thanks and appreciation to the government of the Republic of China for providing a quantity of COVID-19 vaccines as a gift to the Sultanate of Oman, as an affirmation of the depth of bilateral relations and joint cooperation between the two friendly countries.The meeting was attended by a number of officials from both sides," the statement added.