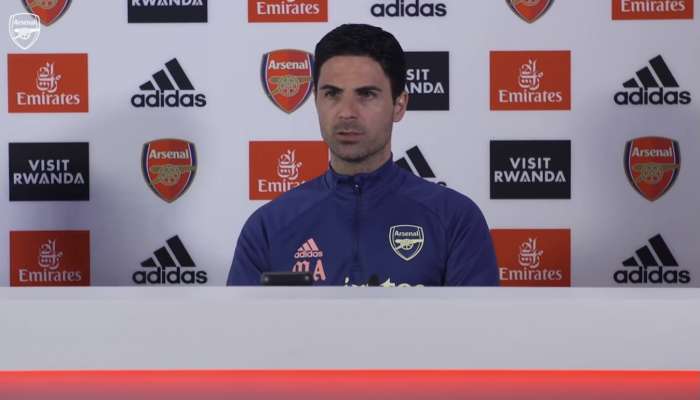 London: Arsenal manager Mikel Arteta has hailed Pepe, after the Ivory Coast international scored twice in the Gunners' victory over Crystal Palace in the Premier League.

Arsenal defeated Crystal Palace 3-1 on Wednesday (local time). However this victory was not enough for the Gunners to keep their hopes alive of qualifying for the Europa League as sixth-placed West Ham defeated West Brom 3-1. With West Ham winning their match, it is now impossible for Arsenal to finish any higher than seventh spot in the Premier League.

"I am very encouraged and positive for two reasons. One, because he has come a long way in terms of consistency and what he's producing in games. Not in the Premier League, but what he's done in Europe this season," Goal.com quoted Arteta as saying.

Pepe's goal tally has now gone to 14 in the ongoing season across all competitions. This tally is six more than he managed during his debut campaign in England.

"It's my feeling and it's everybody's feeling in the coaching staff, and his own feeling, that he's come a long way this season. He hasn't had the consistency sometimes in the game time, but I think in Europe he's been terrific and in the Premier League he's started to show much more what he's like, and he's very hungry," said Arteta.

"I think he's changed a lot in his mentality and his willingness to do much more," he added.

Arsenal's victory against Crystal Palace saw them move to within one point of seventh-placed Tottenham Hotspur. The Gunners will take on Brighton in their last match of the Premier League this season.