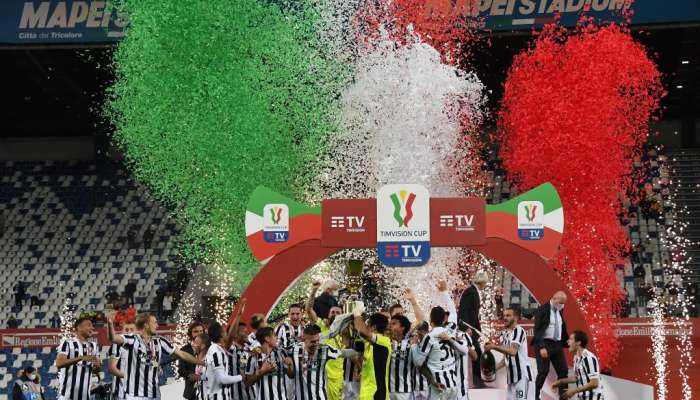 Juventus defeated Atalanta 2-1 to win the title. As a result, the side recorded its 14th Coppa Italia title win. In the 31st minute of the match, Dejan Kulusevski made no mistake when picking up the ball on the edge of the box, and he netted the ball into the goalpost, giving the side a 1-0 lead.

Ten minutes later, Atalanta managed to equalise as Ruslan Malinovskiy registered a goal to bring the scoreline at 1-1. No more goals were scored in the first half, and as a result, both teams went into halftime with scoreline level.

In the 73rd minute, Federico Chiesa won the ball deep inside the Atalanta half and he took full control to beat the defender to run at the box, and in the end, he registered a goal, giving Juventus a 2-1 lead.

In the end, Andrea Pirlo's side managed to hang on and Juventus recorded a 14th Coppa Italia title win.

In the match, Juventus just had 42 per cent of the ball posssesion but they managed to get more shots on target.

Cristiano Ronaldo's side is currently at the fifth position in Serie A standings with 75 points from 37 games. The side will next take on Bologna on Sunday. (