Calls to relax rules to help businesses in Oman 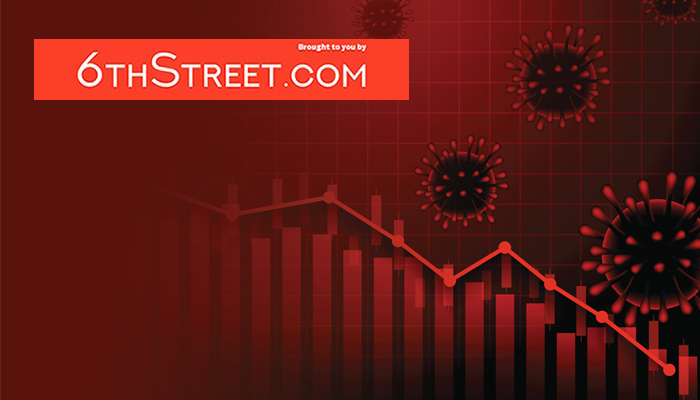 The stringent decisions like closing businesses, reducing the numbers of customers in shops, and prohibiting them to accept customers after 8pm, are causing severe financial challenges to many owners.

In light of these issues, the business owners have also requested monetary assistance from the government, so that they can meet their mounting outstanding obligations.

Yusuf bin Nasser Al Hadhrami, a restaurant owner in the town of Manah in Al Dakhiliyah, used to earn about OMR6,000 a month before the pandemic. That’s gone down to less than OMR2,000 since the arrival of the pandemic.

“Many companies have ended contracts with me for a number of reasons, including a reduction in daily working hours, movement bans, and customers not being allowed entry into restaurants,” he said.

"Because of this, I have had legal cases over finances opened against me.”

“I received a complaint from the lessor of the restaurant space because of non-payment of rents, which had accumulated over time,” said Al Hadhrami, who opened his restaurant in 2012.

“I was able to pay him until February 2020, but after that, owing to the circumstances, I had to cut my workforce by half, and could not fulfil the rest of my obligations.”

Yusuf subsequently received a ruling which said he must pay four months’ rent and vacate the plot, a result that has left him in shock. He had expected the courts to come down in his favour, due to the exceptional circumstances people are facing.

“I had no choice but to negotiate with the owner of the building, and make payments worth at least OMR60,000,” he admitted.

“The court ruled to remove my business from the premises, despite me having run the restaurant for 10 years without any problems. Unfortunately, the conditions of tenants have not been taken into consideration.”

“The government did ask real estate owners to reduce the rents due by their tenants: some have done this, but many others have not,” he said.

“Why this has not been done by some raises a thousand questions to which I am still looking for answers.”

Incomes from both her operations have plummeted sharply since the pandemic, leading to mounting debts.

Fortunately, she was able to reach an understanding with her bank, which had blocked her transactions, but she hopes things will soon get better.

While her income from the salon decreased from OMR2,000 to OMR400 because of the pandemic, earnings from her gym dropped from OMR5,000 to one-tenth that amount.

“This decrease put me under a lot of financial stress, because of accumulated debts, arrears of rents, and salaries for my employees,” she said.

“I also delayed repaying my loan instalments to the bank, so they blocked my services, until we were able to reach an amicable solution, which required me to give them a cheque for the rest of the amount due, but I have not been able to honour that amount so far.

“I also lost three of my four salon employees, and had to let go of all three of my gym trainers, which led to many problems with my customers when I was allowed to reopen them previously,” she added.

“We really hope our rent issues are taken into account. Please allow us a waiver or reduction in permit fees and fines, as well as provide clear instructions on when we can reopen.”

At the very start of the pandemic, in March 2020 Sohar native Ibrahim Al Maamari opened an online portal for his bakery, Al Zowdah, and in November last year, set up a shop to sell his goods physically.

His income, although substantial in the beginning, has fallen by more than half, because of the impact of the pandemic.

“This lasted until September 2020, when my income once again rose to previous levels. When I opened my shop, income rose once again, up to OMR6,000, but when April 2021 rolled around, my income dropped to OMR2,500.”

Al Maamari pointed out that the drop in earnings for business owners is due to many reasons: the pandemic itself, in increase in operating costs because of its economic impact, high number of expat workers leaving the country during the pandemic, leading to less number of workers available for hire, a decrease in spending ability and habits over the last year or so, and the decision to close many businesses to avoid the spread of the virus.

“This is a lesson for everyone: we must learn from this by finding alternatives that everyone can benefit from,” he said. “Because of all this issues, I have fallen back on my loan instalments and am unable to pay them.”

Mansour bin Khalfan Al Maqhousi, who started a dry fruits and nuts shop seven year ago, was also among those who saw a major decline in earnings. While he earned a good OMR3,000 before the coronavirus pandemic hit Oman, that has plummeted to just OMR300 since.

“My shop is located a little bit away from the wilayat of Jalan Bani Bu Ali, so business slowed down,” he revealed. “I also had to close my shop for four months – this led to a lack of customers. Because of this decrease, I too am unable to pay my instalments. I ask for support during these challenging times so we can overcome our ordeals.”

Gift shop owners Amal Al Shibliyah and Ahmed Al Bedawi earned up to OMR700 from their store after it opened in 2019, but with large-scale functions – their main source of income – halted since the pandemic, their earnings have been strongly hit.

“We now earn about OMR250 a month,” said Al Shibliyah. “Customers are also afraid to come and buy from us because they worry about infection. It is during times like these that we request the government to support us.”

The impact has also been felt by Ahmed bin Bakhit Al Badi, of Wilayat Saham, who runs a heavy equipment and logistics firm.

Receiving a sizeable amount of work before the pandemic allowed his business to thrive, but with contracts drying up, his earnings are barely enough to cover the running costs and employee salaries.

“The decisions to close businesses and halt many economic activities has really weakened our business and reduced demand for services,” he said.

“We request our government to provide support to us so that we do not incur losses and go into debt.”