The Sultanate of Oman is one of the few countries with a small area that has almost all the various terrains to enjoy and explore.  From the Hajar mountains, down their slopes which open up in the vast interior of the nation and is speckled with quaint villages which lead over to the majestic sand dunes, at the foot of which are stretches of gorgeous beach and the glistening water of the ocean.  How blessed is this country, beauty does reside here.

Recently,  a video was circulated on social media of a “group of adventurers” using 4x4 vehicles to reach a stretch of beach at Bandar Al Khairan. ‘Times of Oman’  got in touch with that group who shared their exclusive story with the readers.

Abu Issa,  founder of Guide Oman, and several members of the 3R team (Rescue, Recovery and Relief Team) who, rightfully, consider themselves adventurers and explorers of all that is Oman; Tariq, Abdulrahman, Shaker, Abdullah, Jihad and Haifer shared the full account of their adventure they had on 30th April, 2021. 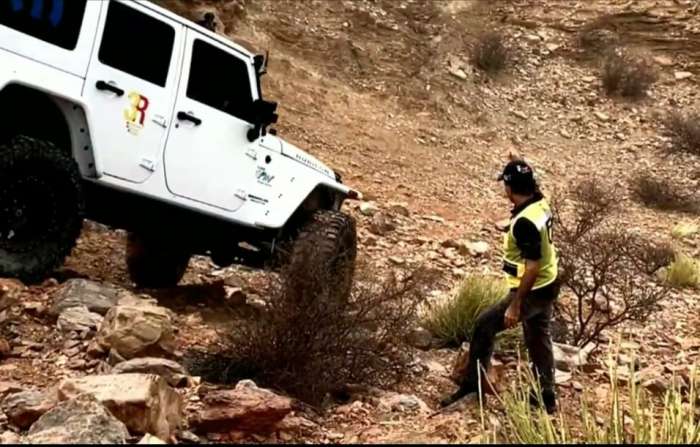 Guide Oman and its team, 3R, are known pioneers in extreme desert adventure tourism for more than two decades.  Their adventure on mountains started in 2008 in an attempt to reach Dima Wai Ta’aeen via Al Amerat.  The usual path, at that time, was destroyed by cyclone Gonu in 2007.

Abu Issa recalls, “we began to build the road where there was none, until we reached a height of 200 metres on the edge of the mountain, just where the water stream path cut the road into two.  It was too dangerous to drive on as the ditch created was more than three metres wide.  Frustrated but wanting to put safety above all else, we decided to stop the journey.” 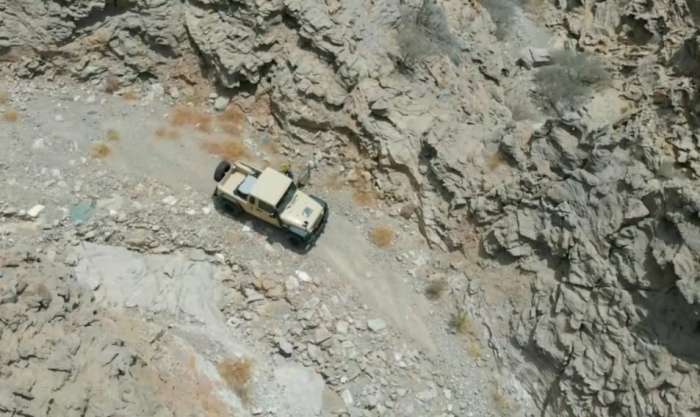 He continued saying this year, in 2021, due to the pandemic and lockdown, they decided to explore the same path to see if it still exists or not.  “After going through the rocky track we reached the destroyed road, which now has trees growing on it.  Naturally, that stretch is in even worse condition than in 2008. We decided to head back home.” Tariq adds, “It was about a 40 km trip from Muscat.  Although we like to go on rocky tracks, not the ones that could be extremely dangerous.”

Exploring mountains by 4x4  is much more intriguing  than the desert which they usually explore. “On other hand, many challenges we face in mountainous adventures are nothing like in the desert adventures”, says Abu Issa.  He describes the desert as having flowing sands on which four-wheel drive vehicles move about with fewer obstacles and much quicker speed than on the mountain. 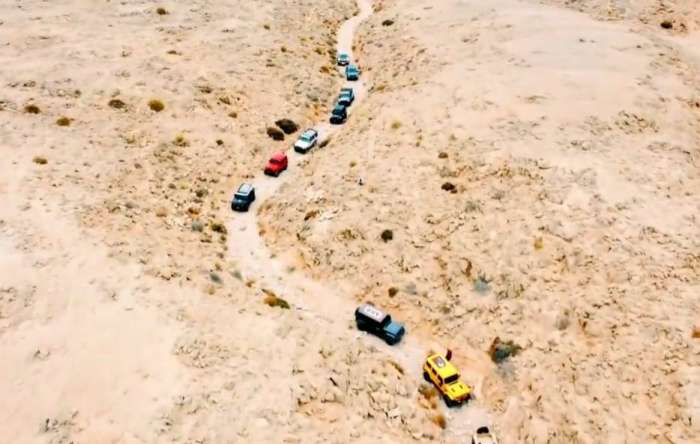 In the desert it takes a shorter amount of time to reach their destination compared to mountain adventures.  Abu Issa continues, “with the mountain adventures, one of the challenges we face is the rugged path, a path no vehicle has travelled on before.  These paths are much more rugged and rocky so the vehicle must move very slowly until we reach our destination. I’m sure you could see that in our video.”

Tariq adds, “we also do not know what the path has in store for us, including slopes, turns, trees, and thorny rocks.  One of us has to walk in front of the vehicles to direct the driver onto the path in which the vehicle must move and to help manoeuvre between rocks.  This is very difficult for every simple movement. We must be tight and the location of the feet of the wheels must be absolutely suitable to prevent the truck from being damaged and to keep the driver safe in the event of sliding and rolling.”

So they began exploring a different path.  Abdulrahman says “first we needed to find a destination. We used Google Earth to find an isolated beach that is extremely difficult to reach. Next, we draw a planned route, one that is possible to drive on, to reach our destination. We also compared notes with one of our members, Abu Ahmed, who owns a yacht, as he has more experience with such places and knows more about them.”

“After drawing possible tracks, we tested them out and marked them according to their accessibility. When we find an accessible track, we continue on our way.  There are planned tracks which we haven’t attempted yet but intended to do so in the future,” adds Shaker.

They reached the beach after going through a rocky mountain pass. “We were driving so slow, almost 1 km per hour, and we didn’t use all of our cars.  We left one on the top of the mountain as a backup just in case when we returned back and found ourselves unable to drive back up the mountain, this car could winch us up,” says Jihad.

They laugh, recalling that the spot they left the vehicle turned out to be a hiking spot as it was full of the hikers’ footprints!  “Can’t help but wonder what the next set of hikers will think when they reach that same spot and see Jeep tracks”, adds Haifer.

After about 1.5 to 3 km from the main road, our group of adventurers reached the beach. Haifer described it as beautiful, poetic, and romantic. “It was so clean you can almost see through the water.  He says we decided not to change anything on the track and keep it as is so that only the most experienced and adventurous drivers can make it. 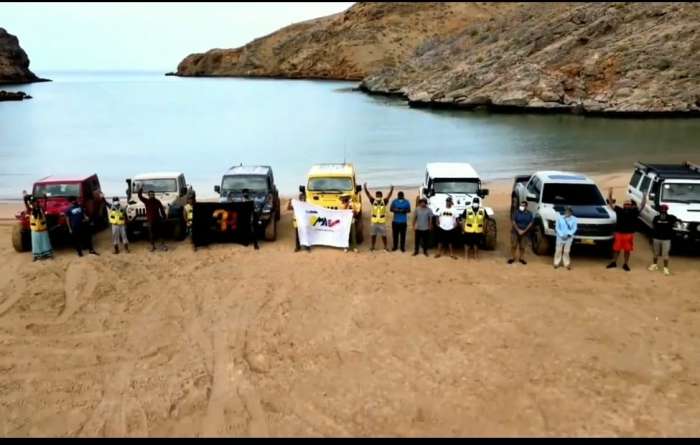 Abbullah says that some challenges they faced were in getting over the fear of climbing the mountain as it was very difficult to navigate the 4x4s.  He adds, “the vehicle could have easily slipped or rolled. Finding the right track was very time-consuming.  We tried three different tracks that were not passable before finding one that we were able to drive on.”

This is not a sport for the weak hearted!  The ‘Times’ learned that there’s a great amount of hard work, commitment to the planning, and enormous skills that makes such journeys possible.  “The reward at the end makes it all worth it”, says Abu Issa.

(The video and pictures were taken by Hasson and Ali Khan, members of 3R team)