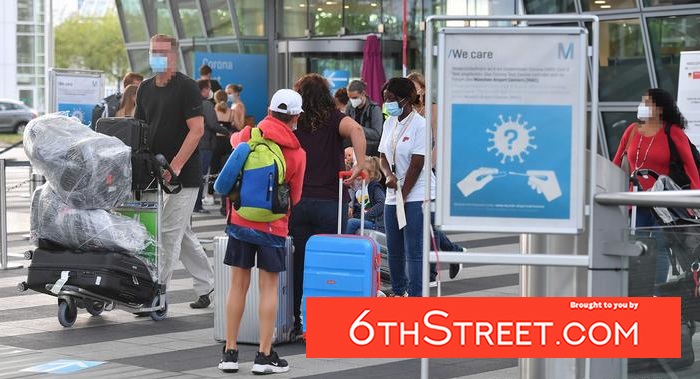 The European Union will recommend that member states ease border restrictions to travelers who have been fully vaccinated against the coronavirus, EU diplomats agreed on Wednesday.

During a meeting in Brussels, the EU member representatives said they would also increase the level of new COVID-19 infections a country can hit before being declared unsafe.

Technically, the European Commission can only issue recommendations on such issues, which remain a national responsibility. In practice, though, member states have broadly followed the guidelines agreed for the whole bloc by diplomats in Brussels.

The measure would allow visitors from more countries to enter the bloc, provided they could prove they had been fully inoculated by an EU-approved vaccine.

Currently, non-essential travel into the bloc is banned, with the exception of a small number of countries categorized as safe due to their low COVID-19 case rate.

The diplomats said that the number of infections per 100,000 people that a country could register over two weeks and still be considered for the so-called "digital green certificate" list will increase from 25 to 75.

The measure could allow travel from the UK and Indonesia, among other countries.

What other measures did the EU agree on?


The bloc also plans to establish a coordinated "emergency brake" to suspend arrivals from a non-EU country affected by a sudden appearance of a new coronavirus variant.

In the meantime, the bloc said it could also accept third-country vaccination certificates if the shot is also approved in the EU.

Vaccines manufactured by BioNTech-Pfizer, Moderna, AstraZeneca, and Johnson & Johnson are currently among those approved by the European Medicines Agency.