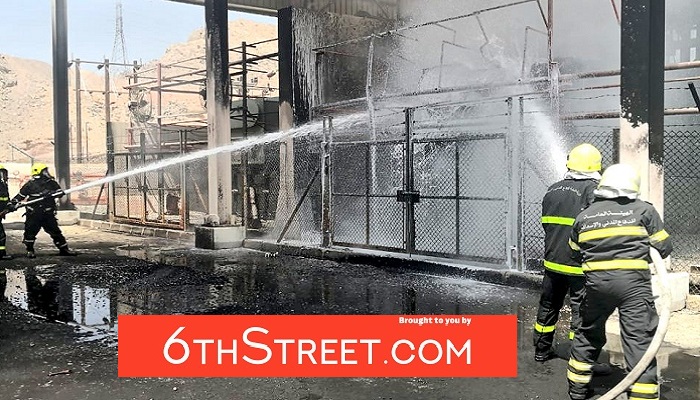 Muscat:  Oman Electricity Transmission Company (OETC) has confirmed that no one was injured in a fire that broke out on part of Wadi Adei main transformer station in Muscat Governorate today.

In a statement to Oman News Agency (ONA), the company said that the fire was doused and the current restored in record time after the disconnection of the damaged part in cooperation with Muscat Electricity Distribution Company (MEDC). Investigation is underway about the causes of the incident, it added.

In its statement, OETC expressed its thanks to the emergency team and the civil defence team for their quick response and their efforts in handling the incident and restoring the current.