Schools in US under pressure to reopen for in-person learning 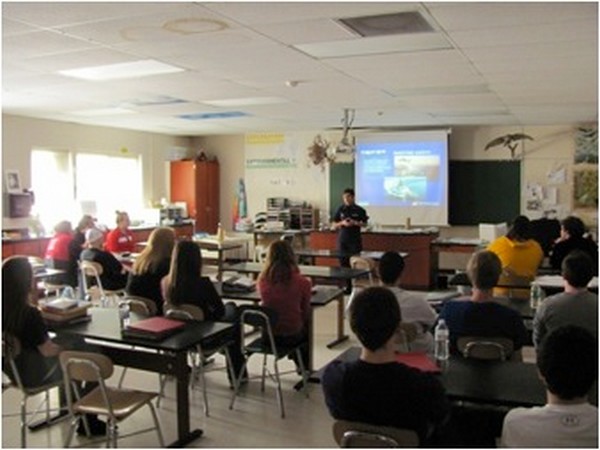 Washington: Schools in United States are under pressure to open in-person learning given the authorization of a vaccine for children ages 12 to 15 and new federal guidance that vaccinated people do not need to wear face masks indoors or outdoors.

Education Secretary Miguel Cardona in an interview with The Hill reiterated that he expects all schools to fully reopen in the fall and said the vaccine and mask guidance updates this week will likely adjust how schools plan for the next school year. "I'm hopeful that with another month under our belt and continued lowered transmission rates, whatever fears some may have about fall are going to dissipate, and we're going to be able to return to school every day, all day for all children," Cardona said.

The Education Department has not issued new guidance to schools at this point, but on Saturday the Centers for Disease Control and Prevention (CDC) recommended the continued use of masks and social distancing in schools.

The Pfizer-BioNTech authorization was granted for most high school-aged students after the administration said it achieved getting a majority of K-8 schools fully reopened by Biden's 100th day in office. Cardona said the administration needs to "aim higher" beyond the original goal and give high schoolers the same opportunity to return.

More officials have joined in the appeals to reopen for the upcoming school year in recent days, including Biden's chief medical adviser Anthony Fauci, who said Thursday that school should be open "full blast" by the fall, as reported by the Hill.

Randi Weingarten, the president of the American Federation of Teachers (AFT) -- the second-largest teachers union in the U.S. -- announced her support Thursday as well as a USD 5 million campaign to get educators to meet with parents about returning strategies and safety precautions.

She told The Hill that vaccines became the "real game-changer" in the effort to get children back in schools, saying it's ramped up in the last few weeks amid a downturn in cases and emerging data on the vaccines' effectiveness.

"As a result, we felt that it was time to be unequivocal and unambiguous about reopening schools full time, and having the resources to recover and to reimagine," she said.

Most parents have expressed support for their children to return to school in recent weeks, with a Hart Research study finding almost three in four parents backed a fully in-person school year starting in the fall, putting additional pressure on schools.

The pandemic and the related school closures have pushed millions of women out of the workforce, as many had to end their employment in order to take care of their children as schools operated remotely, as reported by The Hill.