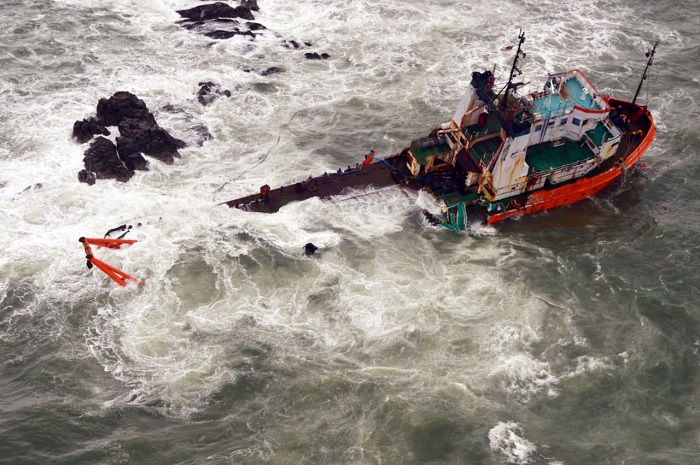 Meanwhile, the Indian Air Force had deployed 5xC-130 and 3xAn-32 aircraft for the transportation of NDRF personnel and Humanitarian Aid and Disaster Relief (HADR) equipment from Pune, Kolkata and Vijaywada to Ahmedabad yesterday, informed the IAF adding that the airlifting process from Kolkata to Ahmedabad is underway.

In a tweet today, the IAF stated, "Cyclone #Tauktae IAF deployed 5xC-130 and 3xAn-32 aircraft for transportation of NDRF personnel and #HADR eqpt from Pune, Kolkata and Vijaywada to Ahmedabad yesterday. Airlift from Kolkata to Ahmedabad is under progress."

Thousands of people were evacuated from low-lying areas along its western coast as a powerful Cyclone Tauktae is expected to make landfall in Gujarat.

IMD DG Mrutyunjay Mohapatra informed that cyclone Tauktae is very likely to cross the Gujarat coast between Porbandar and Mahuva in Bhavnagar district around the early morning of May 18.

He further said that heavy to very heavy rainfall is expected to occur in coastal areas of Gujarat on May 18. Meanwhile, some places may experience extremely heavy rainfall.

People living near coastal areas of Malia in Junagadh were evacuated by Sunday evening.

While inspecting arrangements, area Collector Sourabh Pardhi had said, "Over 1200 people have been evacuated. All precautionary measures are being taken with respect to food and shelter. All arrangements are in place."

Union Home Minister Amit Shah on Sunday chaired a review meeting with the Chief Ministers of Gujarat, Maharashtra and Administrator of Daman and Diu and Dadra Nagar Haveli to assess the preparedness of States and Central ministries to deal with the situation arising out of Cyclone Tauktae.