Muscat: Although many of the celebrations were not possible during Eid this year due to the COVID-19 pandemic, the spirit with which families honoured the occasion remained the same as it always has been. 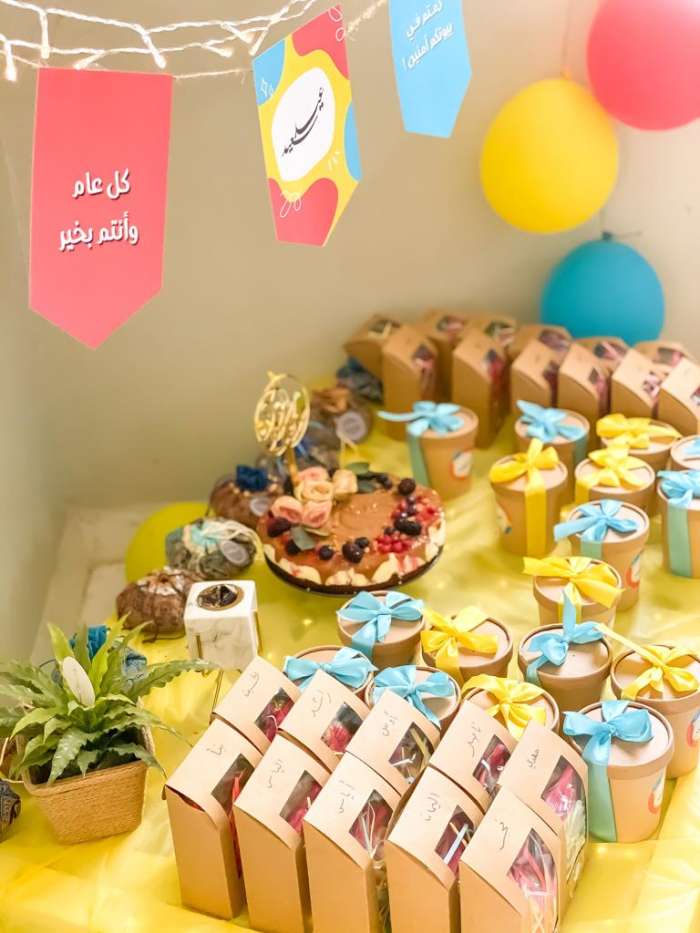 With many traditional hallmarks of Eid, such as visiting relatives and gathering in large numbers to celebrate together not permitted, owing to night time movement restrictions, a ban on large-scale meetings, and the closure of shops after 8 pm, people devised new ways to mark this holy occasion during the pandemic.

Food, synonymous with any festival, is also a mainstay of Eid. Delicacies such as arsiya – a porridge made from beaten rice – and the famed shuwa, a meat dish wrapped in banana leaves, placed in a pit underground over hot coals, and left to cook for three days. The result is a meat that falls off the bone and melts in your mouth.

Preparation of such dishes are often affairs that involve whole families and communities, which is very much in keeping with the mood of the occasion.

“Before the pandemic, my brothers, sisters, nephews and nieces used to gather in my father’s house – our family home – and prepare the arsiya and shuwa,” recalled Rasha Al Hinai from Al Dakhiliyah Governorate. “On the morning of Eid, we’d come down, greet our relatives, eat arsiya, and take a photo to mark the occasion.

“We’d then visit our friends and distribute gifts to them,” she added. “This year, of course, it was not possible, so we decided to appreciate the joy and spirit of the holiday. We organised games for the adults and children, and set up a mini-market where the children could buy candy. The ban on commercial activities greatly affected our Eid preparations, but we learned from last year, and were able to complete our purchases before it came into effect.”

Bakhita Al Rasbi also finished her Eid arrangements early. Although she did miss many of the traditions, including simple gestures such as shaking hands and hugging other people, she used this year’s occasion to remind herself that she has much to be happy for.

“We are happy with staying away until a time comes once again where we can live for a long, long time with those we love,” she said.

Hassan Shaban from Wilayat Boushar in Muscat was also of a similar opinion: he had to order his shuwa online last Eid, and organised a video call among his family members so they could greet each other. These measures took away a lot of the spirt of the occasion, he said.

“We were unable to participate in the Eid ceremonies because of the pandemic, but we still tried to enjoy the celebrations, despite the conditions. Eid should have a festive atmosphere – it should not be like any other weekend. Fortunately, we were able to pass the time by playing board games, which help bring us closer to each other, and create a sense of fun competition. I hope for this Eid to be the last during the pandemic.”

Although gatherings were not permitted, some individual families still made their own shuwa pits to make the delicious dish. The centrepiece of the dish is the meat, often still on the bones of the animal that is sacrificed to mark Eid. This meat is first cleaned and then covered with a homemade spice rub. Each family, legend has it, has their own secret shuwa spice rub recipe.

The meat is then placed into a pit dug into the earth, called a tanour, the building of which is often a specialised craft. The pit itself is at least 80cm wide, and is ringed by a number of red stones that are specifically chosen because they don’t allow the heat from coals put on top the meat to escape. The stones are bound together using mud mixed with either straw or cement. The same style of stoneworking was once used to build forts in several areas across the country. The meat is bound with a sack called the kasfa, woven together from palm leaves, and left to slowly cook for up to the second or third day or Eid, where it is eaten for lunch, along with rice.

“There are rules and regulations to making these tanours,” said a citizen from Al Dakhiliyah. “Each neighbourhood designates a person to be in charge of them: he has to buy the firewood sold at market auctions. Some people also donate the income earned from their farms towards the upkeep of the tanours.

“In Nizwa, some tanours are more than a thousand years old, but as Nizwa has expanded, newer ones were required: these were built about 30 years ago,” he added. “The older ones are absolutely huge, but because they’re now getting crowded, because of the increase in population, people have built their own tanours. Families with privately-owned tanours make it a point to share their meat with others.”

Sara Al Kindi, however, chose to buy her shuwa, saying, “since we are not allowed to gather due to COVID-19, and don’t have our own tanour, we bought our shuwa from an Omani youth who has started a business selling the dish to others.”