Take care of your health during Ramadan fasts, say experts in Oman 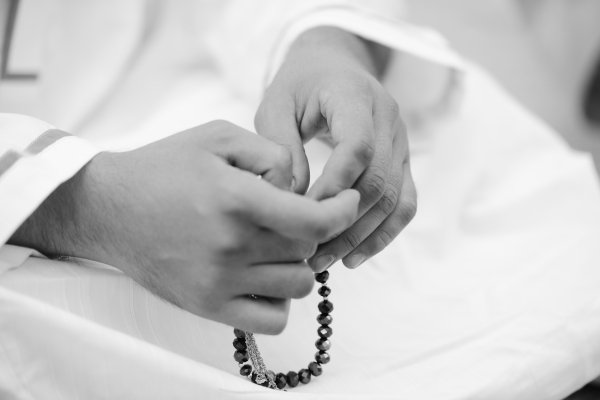 Muscat: Over-eating, dehydration and upset stomach could result in the Holy Month of Ramadan becoming a dangerous time if safety measures are not taken, health experts have warned.
The Royal Oman Police’s 2016 ‘Facts and Figures’ reveal that in July last year, 71 people lost their lives in road accidents. In July 2014, 78 people had died.
The Muslim month of fasting begins in the first week of June amid soaring temperatures, with fasting ranging between 15 and 16 hours per day.
“The eating hours are less, seven or eight hours, so people need to make sure that they consume at least three litres of fluid every day. Good hydration is mandatory, because the whole month’s temperature could be hovering around 48-50 degree Celsius,” Dr Dilip Singhvi, Medical Director of Apollo Hospital in Ruwi, told Times of Oman.
He noted that diabetic patients who take insulin, should normally not fast.
“But since religious obligation is there, they should consult their doctors before the start of Ramadan and get their medication altered according to the fasting and eating hours. If a patient has good control and is consuming only one or two tablets, then that’s fine. They can alter the timings and fast,” Dr Singhvi added.
Dr Singhvi noted that during Ramadan, the hospital often treats patients complaining of low blood pressure or high blood pressure, hypoglycemia, mild heart attacks, over-eating, vomiting, dizziness and tiredness.
“Gastritis (inflammation of the lining of the stomach) is also visible in such patients. It’s often because of their eating sweets and fatty foods.
“We should avoid these and instead consume fruits, vegetables and other healthy diets,” he said.
Meanwhile, Dr V. C. P. Mohamed, Internal Medicine Specialist at Atlas Hospital, said that people might eat Sahoor (pre-dawn meal) as late as possible to shorten the period between the eating and fasting time.
“People who are fasting must avoid eating salty and fatty foods. Over-eating could lead to gastritis. This happens normally when people consume lots of food immediately after Iftaar (post-dusk meal),” he said.
Dr Mohamed also called for avoiding driving before Iftaar, saying, “People could be speeding in the rush to reach home. At this time of day, their blood pressure could be low and they could be dehydrated, as well.
“This could lead to indecision and possibly accidents.”
Dr Basheer, a senior internist at Badr Al Samaa Hospital, noted that road accidents are common before Iftaar. “It’s very common. Before Iftaar, people try to join Iftaar parties and end up speeding, resulting in accidents,” he said.
Talking to Times of Oman last week, Daryl Hardy, chief executive officer of the non-profit Safety First, argued that Ramadan could have an effect on people’s focus and decision making while driving.
“It’s long hours of summer fasting. Eat foods that include lots of fiber. Avoid fried or sweet foods. We should break fast with light foods first, and then after an hour have proper food. Try avoiding heavy food immediately after Iftaar,” Dr Basheer urged.
He said that during Ramadan the hospital gets to see lots of patients complaining of abdominal acidity, bloating, headaches, and constipation.
“We are preparing for Ramadan, and have been giving general health education information to people. We are also providing talks to medical practitioners in our hospital about fast-related health issues,” he added.
Many private hospital authorities say they have small blood banks, but rely heavily on the government’s central blood bank in Bausher neighbourhood.
“We have readily available samples of one or two common groups. The rest we get from the central bank. But the availability depends on donors, as well,” noted Dr Singhvi of Apollo Hospital, who also asked for pre-Ramadan blood donations by the public.