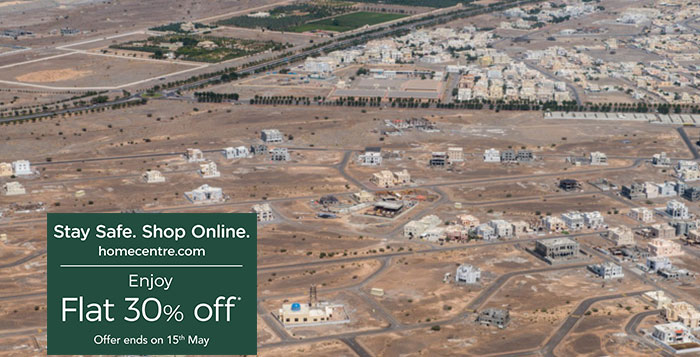 Muscat: There are 4,000 plots of land ready for distribution. Also, 500 social housing units have been distributed at a value of more than OMR15 million, His Excellency the Minister of Housing and Urban Planning said on Sunday.

His Excellency Dr. Khalfan bin Saeed Al Shuaili, Minister of Housing and Urban Planning, explained in an interview with Oman TV that among the objectives of the Royal Decree on granting government lands is to move to a new stage of a renewed Omani renaissance to give the Omani family the absolute possibility of owning housing.

He added that during this period, they began distributing 500 social housing units to the various governorates of the Sultanate, with a value exceeding  OMR15 million.

He pointed out, ”We have the housing aid programme with a current budget of OMR 20 million, and in the coming period the housing assistance will begin to be activated.”

”All current applications will remain the same, none of these applications will be cancelled and all requests will be handled in a professional manner, but priorities will change and will be reviewed.  There are currently 447,000 applications across the Sultanate, around 120,000 of which are for the Muscat Governorate,” he confirmed.

He confirmed that after Eid Al Fitr, a technical program will be launched to bring additional information about families, and it will be available for applicants to renew their data, and thus reach a better way to study and analyse these applications and to have an organised mechanism for setting priorities.

He added that there are criteria for owning a house, that the citizen will not lose his right to do so, and he will be close to completing the reconstruction of the land in the shortest possible period.

His Excellency the Minister of Housing and Urban Planning confirmed that the objectives of the Land Decree are to focus on moving to a new phase of Oman's renewed renaissance, and the belief is that granting the Omani family the option to own property is a sacred matter and other objectives related to providing the appropriate services that the Omani family aspires to.

“The previous decree came in 1984 and the lived reality was completely different and that justice was a lofty goal. The decree gave the ministry flexibility in setting criteria for an Omani family to obtain housing,” he said.

His Excellency Al Shuaili also confirmed, “The most important message is that all requests will remain and we will deal with them professionally, but priorities will change, and after Eid Al Fitr, we will launch a technical program to study land requests and create a specific mechanism to determine who will be entitled to the land.”

Al Shuaili also said: “Our statistics in the past ten years show that 334,000 lands were distributed in various governorates, and women received 78%, but the reconstruction rate did not exceed 7%.”

He continued:”We now have 4000 plots of land ready for distribution and close to the residential plans and services. The overall exception is not desirable, but because of our knowledge of the Omani society and its needs, we aim to legalize it, so it is unreasonable to close the doors to some families.”

He added: "Article 6 of the controls and conditions came for the purpose of reducing the period of the exception, and it is necessary to obtain approval from the minister and the Council of Ministers."

His Excellency Al Shuaili confirmed: “We have not tied the Omani family to marriage, because every person who has never been married has the right to submit the application, and the citizen will not lose his right to acquire land, but on the contrary, perhaps you will bring him closer to obtaining residential land at the earliest opportunity.”