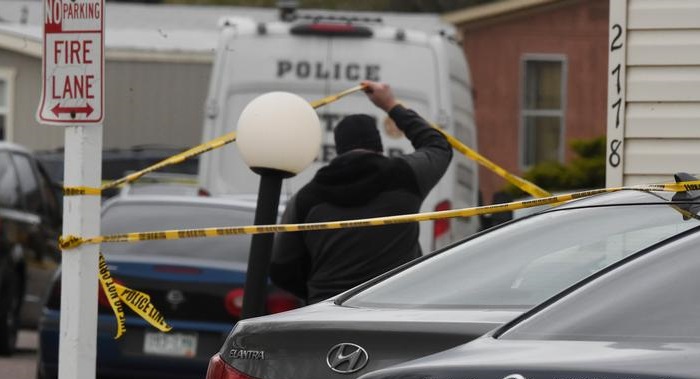 A gunman shot dead his girlfriend and five other people at a birthday party in Colorado before turning his weapon on himself, police said on Sunday.

Officers were called just after midnight local time (07:00 CET) to a mobile home park in the Colorado Springs, the state's second-biggest city after Denver.

They found six adults dead and one man with serious injuries who later died in hospital.

The party was being held for one of the victims and friends, family and children were present at the time of the killings.

No motive has been established for the shootings nor has the name of the gunman been released.

The children who were in the home at the time were not injured and are staying with relatives, police said.

How have local officials reacted?


As the US celebrates Mothers Day, Jared Polis, the governor of Colorado, called the killings "devastating."

"Multiple lives were taken today by this terrible act of violence," he said.

The mobile home park, which is just west of the Colorado Springs Airport and about six miles southeast of the city’s downtown, has a pool, a playground and nearly 500 mobile home lots.

Vince Niski, chief of the Colorado Springs Police Department, said: "My heart breaks for the families who have lost someone they love and for the children who have lost their parents."

John Suthers, the mayor of Colorado Springs, called the shooting "a senseless act of violence."

What next for gun reform in the US?


The killings are the latest gun-related murders to rock the US; President Joe Biden has called such shootings "an international embarassment" andhas vowed to tighten restrictions on firearms.

As many as 10 people were killed at shooting in Boulder in March.

Perhaps the most infamous shooting in the state of Colorado came in 1999 two students went on a shooting spree at Columbine High School, killing 13 people before they took their own lives.