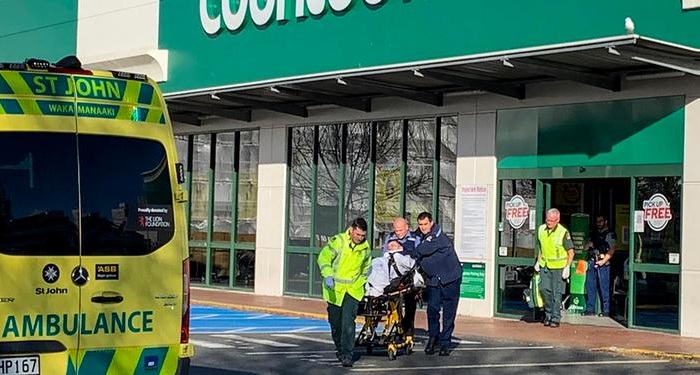 New Zealand police say they have arrested a suspect after five people were stabbed at a supermarket in the city of Dunedin on Monday afternoon.

Prime Minister Jacinda Ardern said police had assured her that the attack did not appear to be terror-related.

How did the attack unfold?

Witnesses told local media a man carrying two knives had stabbed staff, as well as bystanders who tried to stop him and pin him down.

People reported a chaotic scene as people began screaming and running toward the store exits.

Health authorities said three of the wounded individuals had been admitted to intensive care, with one admitted to a general ward and the other discharged.


The incident is highly unusual for New Zealand, which was profoundly shocked in March 2019 when a white supremacist gunman murdered 51 Muslim worshippers.

Prime Minister Jacinda Ardern said police had assured her the Dunedin attack did not have further security implications.

"At this stage, there's nothing to suggest from the police's perspective that this is what they would define as a domestic terror event," she told reporters.

The prime minister added that police were not seeking anyone else in relation to the incident, and thanked customers who had tried to intervene.

"I want to acknowledge early reports of bystanders who have taken action in order to protect those around them [...] these are courageous acts and we are thinking of the families," she said.

The supermarket chain said its staff had been "shocked and devastated" by the attack.

"Our priority right now is our injured team members and caring for our wider team in the wake of this extremely traumatic event," said a message on the company website.

"We are deeply upset that customers who tried to help our team members were also injured."a