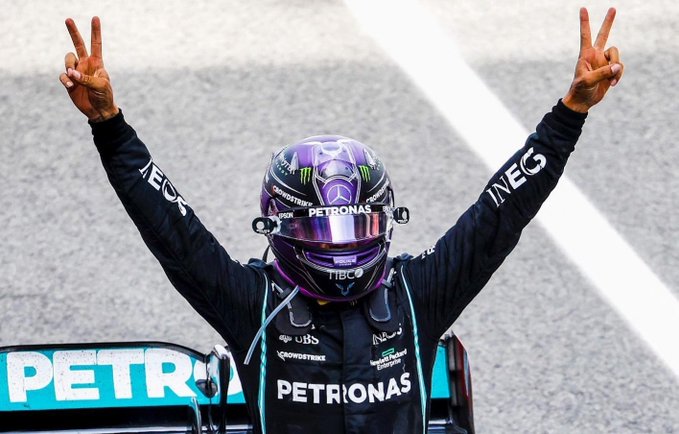 The reigning world champion brilliantly executed a two-stop strategy to claim his third win in four races this season, as Verstappen finished ahead of the second Mercedes of Valtteri Bottas. Verstappen led the majority of the race after brilliantly snatching the lead from Hamilton into Turn 1 at the start, with Red Bull then committing to a one-stop strategy around the Circuit de Barcelona-Catalunya, as Hamilton opted for two.

But with six laps to go, Hamilton used the superior performance of his newer tyres to pass the Dutchman into Turn 1 and check out for his 98th victory, and fifth straight win at the circuit - Verstappen ultimately deciding to pit for softs once Hamilton was past and go for a consolation fastest lap, which he duly got.

With Hamilton and Verstappen having been in a class of their own in Spain, Bottas came home a distant third after his own race-long battle with Ferrari's Charles Leclerc, who overcame Ferrari's 2021 race pace woes to take an excellent fourth, while Red Bull's Sergio Perez put in a solid recovery drive from P8 on the grid to take fifth.

McLaren's Daniel Ricciardo drove arguably his strongest race of the year to take sixth, ahead of home hero Carlos Sainz in the second Ferrari. Lando Norris in the second McLaren had an off-key afternoon but still managed P8 - the first time he's finished outside of the top five this season - with Alpine's Esteban Ocon and AlphaTauri's Pierre Gasly rounding out the final points-paying positions.

But after his 100th pole position on Saturday, it was Hamilton who once again demonstrated his class in Catalunya to deny Verstappen once again, and moves 14 points clear at the top of the drivers' standings.