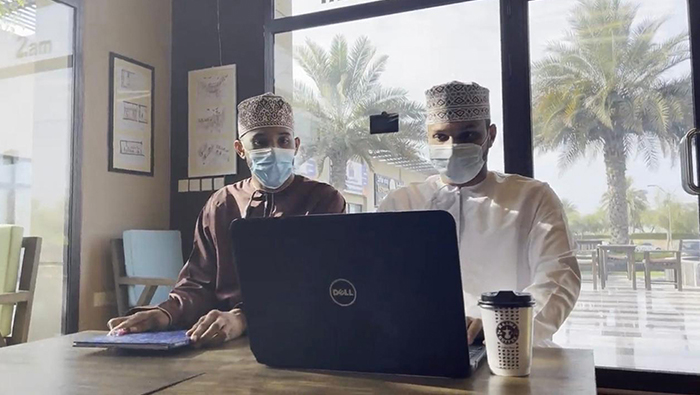 The competition intended to broaden the skills of students at universities and colleges in the field of marketing the products and services that they provide and stimulate their creative ideas by keeping pace with the modern world of advertising. The winners of the ‘best visual advertisement competition’ will receive a cash prize of OMR 300 and a glass shield.

The criteria for evaluating the best advertisement included a level of innovation and creativity. Interpretation, originality, clarity of the theme, quality of artistic composition and overall writing based on the product advertised were the other measures used to assess the advertisements.

The videos, which were put up on Instagram account on May 2, were also voted by audiences for three days.

Ibrahim Al Salmi, General Manager, Corporate Communications, The Zubair Corporation said, “Our support for the Student Company Programme comes from within the framework of our policy to support the local community through a partnership with government, private institutions and civil society institutions. Injaz Oman’s objective balances Z-Corp’s social responsibility strategy in championing education, training, and inspiring entrepreneurship. We would like to congratulate the winning projects of the best visual advertisement competition. We thank Injaz Oman for its tangible role in training and qualifying student companies by supporting young people with ideas and qualification according to approved standards in the field of company management according to scientific methods.”

Injaz Oman Foundation, under the auspices of the Z-Corp, has also launched an educational programme "How" on its YouTube channel, which aims to cultivate the talents of students in the field of a promotional video. This programme aims to provide a general message about how to create a successful promotional video. The educational programme includes nine episodes that show the stages of video making and also encompasses interviews with local filmmakers.

It may be recalled that The Zubair Corporation (Z-Corp) had recently signed a sponsorship agreement with Injaz Oman to support the ninth edition of the Student Company Programme. The programme falls within the two institutions’ strategies to support education, training and entrepreneurship.

Injaz Oman’s Student Company Programme aims to enable university students and private colleges to establish real projects after receiving qualification and training during the period of their participation in the program under the supervision of a group of qualified experts in the field of entrepreneurship. The programme consists of 12 sessions, each session lasting one hour.