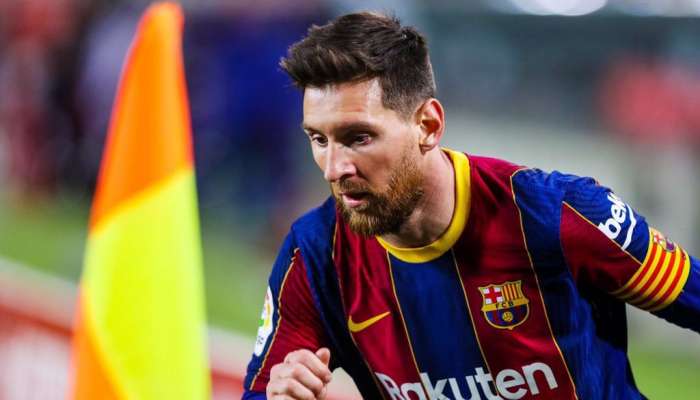 Barcelona will lock horns with Atletico Madrid on Saturday and win will take the Messi-led side to the top of the table.

"Yeah definitely, to be in the form he is, to be motivated like he is it will be clinical and vital for Barcelona's performance going forward," said Gaizka Mendieta, LaLiga Ambassador in a virtual press conference on Thursday.

"It's kind of contagious as when you see your captain motivated and the way he influences the game, the rest of players just follows. And yes, in the second round of the tournament he has been in unbelievable form," he added.

Sevilla FC and Real Madrid are also scheduled to lock horns on Sunday but Mendieta feels it is too early to decide as to who will go on to win La Liga.

"I feel there is still a lot to happen regardless of what this weekend happens in the La Liga. I think we are still early to decide who will lift the title," said Mendieta.

"I think it will be interesting to see who ends up at the top of the table after the weekend fixture. We will see a lot of movements in terms of points in the last four games," he added.

Mendieta also wished that India come out of the coronavirus crisis soon. India on Thursday reported 4,12,262 new COVID-19 cases in the last 24 hours, the highest single-day spike in COVID-19 cases since the pandemic began.

"I am following news from India very closely. My heart goes out to all the families and hopefully, the country can come out of it soon. All my prayers with India," he said.

Barcelona will lock horns with Atletico Madrid on Saturday. Catch LaLiga action Live and Exclusive this weekend on Facebook Watch.