Around 200 families affected by thunderstorms in Oman 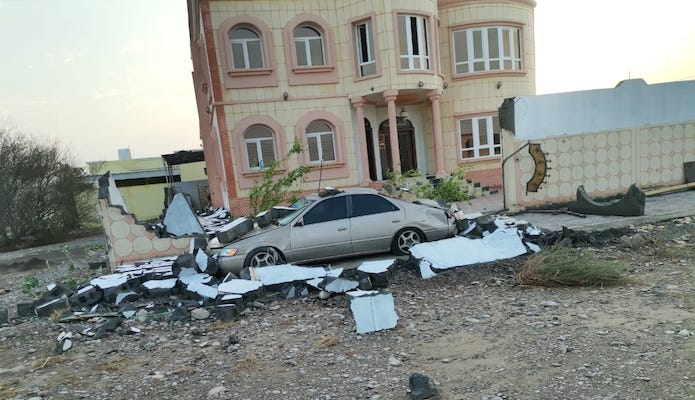 Muscat: The torrential thunderstorms that hit the Wilayat of Saham in North Al Batinah governorate have affected around 200 families so far.

He confirmed: "200 affected families have been identified so far and we are continuing to work in the field to follow up on the rest of the cases."

The thunderstorms accompanied by hail and strong winds have led to severe damage to private property in a number of wilayats in North Al Batinah Governorate, while also uprooting trees causing them to fall on the road. Farmers reported great damage to their crops besides the fall of palm trees, mangoes, olives, bananas, and others.”

The rain also caused severe damage to homes as objects fell on rooftops and water entered the houses. Strong winds also led to the demolition of some homes and their walls fell on vehicles damaging them too. A large number of livestock also died in the downpour. Shops and a petroleum station were also severely damaged and electricity supply was affected due to the collapse of poles.