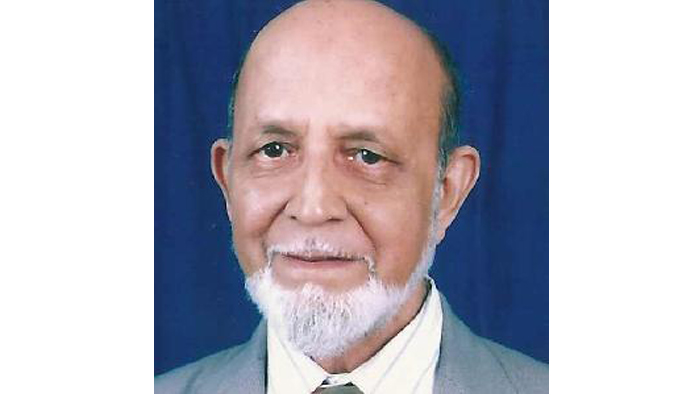 Muscat: An Indian Islamic scholar, Dr Zohurul Hoque, passed away in Oman on Wednesday.
He was buried in the Amerat Central Graveyard on Friday, his relatives said.
The scholar, who was 92, was a medic by profession and had worked in the USA and the World Health Organisation.
He translated the Holy Quran into English, Bengali and Assamese languages.
He also delivered speeches on Islam and the Holy Quran at the Sultan Qaboos Grand Mosque in the Sultanate.
Dr Hoque was born in Assam, India, on October 11, 1926 in a Muslim family.
He studied Arabic and graduated from high school in Assam with highest marks in Arabic.
His keen interest in Islamic studies began in the early 1950s when he was still a student of medicine.
His interest in writing was partly triggered by an old Remington typewriter that he had purchased (and owned till his death) as a school student during the World War II.
The typewriter was his constant companion, which he used to churn out pages after pages of thoughtful writings.
In early 1990s, a computer ‘replaced’ his Remington typewriter, but the vintage machine always sat beside his desk even as several computers departed with less grace in the last 15 years.
In the 70s, Dr Hoque felt a pressing need for a Bengali translation of the Holy Quran.
In 1985, after 12 years of work, Dr Hoque published his Bengali translation of the Holy Quran.
He later engaged himself in translating the Holy Quran in Assamese.
After eight years of work, Dr Hoque published the Assamese translation of the Holy Quran in three volumes between 1991and 1993.
Dr Hoque, who was a medical doctor with special training in Public Health and Family Planning, had retired in 1990.
Since desktop publishing and computer-composing had become available in the market by then, it encouraged him to take up the task translating the Holy Quran into English.
In 2000, this translation was published in the USA.
With this, he earned recognition from the Jeddah University of Saudi Arabia as the only translator in the world to have translated the Holy Quran in three different languages.
In 2005, he was invited by the Diwan of Royal Court, Oman to deliver a talk on Islam.
In a packed hall in the auditorium of Sultan Qaboos Grand Mosque, he delivered two lectures.
He had been living in the Sultanate with his eldest son for the past several years.
His translations can be accessed online at www.qurantoday.com.