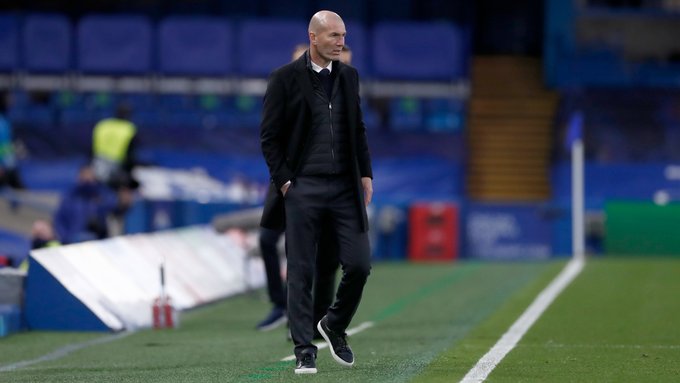 London: After bowing out of the Champions League, Real Madrid coach Zinedine Zidane admitted that Chelsea was superior in the semi-final and the Blues completely deserved to win.

"They were superior, they deserved to win. They were more effective over the course of the match, they had a lot of chances too. Over the course of the two matches, they deserve the qualification. These are matches of a very high level, and we missed something tonight. It is not about organisation, even though in the duels it was difficult," Zidane told RMC Sport as reported by Goal.com.

"But anyway I have said that, but I remain very proud of my players. The path they have achieved with the difficulties that we have experienced. We have to congratulate ourselves for getting here. We were one match away from the final. But tonight they were better," he added.

The first-leg semifinal fixture between Chelsea and Real Madrid had ended in a 1-1 draw and both teams started off on an even playing field in the second leg.

"I have not thought about anything, tonight it is just disappointment for everyone. Aside from that, we have four more matches in La Liga, we are going to rest and focus on that to go and get something," said Zidane.

Chelsea and Manchester City will now lock horns in the finals of the Champions League on May 29 at Ataturk Olympic Stadium in Istanbul.