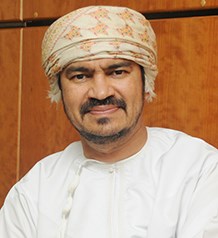 MUSCAT: Top cricket administrator Pankaj Khimji has now become the new Chairman of Oman Cricket (OC) after the post fell vacant due to the demise of its founding chairman Kanak Khimji in February.

As Oman Cricket’s representative in the highest echelons of international cricket, his efforts have resulted in unprecedented events and activities taking place in the Sultanate. The country has now become an established cricket centre with a

host of international events and tournaments to its credit.

In another development, Younis Sakhi Mahmood Al Balushi, Alkesh Joshi and Paul Sheridan have been inducted into Oman Cricket’s Board of Directors. Their new role will continue till the next OC Board elections. The trio was serving Oman Cricket as Advisors to the Board till date.