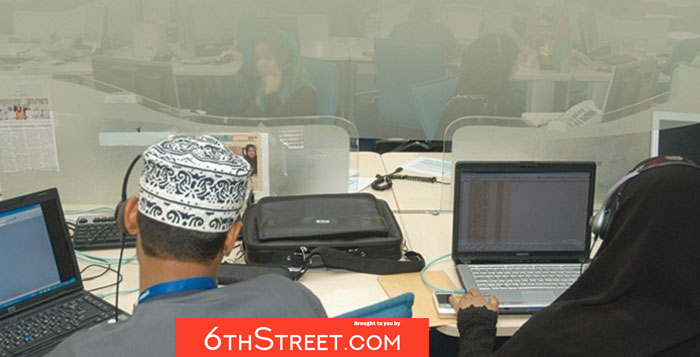 The Ministry of Labour protected the Omani workers by negotiating with 91 firms that had moved to dismiss or cut their salaries. Photo: File

Muscat: More than 21,000 Omanis were able to hold on to their jobs, and avoid salary cuts in the first quarter of 2021, thanks to efforts of the Ministry of Labour.

Between 1 January and 31 March, 2021, a total of 21,528 nationals were able to maintain their work and pay conditions, after the ministry stepped in to negotiate with 91 companies that had moved to dismiss them and/or reduce their salaries.

According to the report published by the ministry, it held negotiations with 58 companies to retain 16,671 nationals in their employ, and was successful in helping 15,386 hold on to their jobs. Similarly, talks were also held to stop salary reductions of 9,212 Omanis employed in 33 companies, which resulted in 6,142 workers being able to draw the same pay they were used to previously.

During the first quarter, however, the Ministry of Labour received more than 4,000 complaints from workers. Of these, 1,010 have been referred to the court, and another 911 reached amicable settlements. Complaints centred on issues such as requests for monthly salaries, compensation for unfair dismissal, and requests to revoke decisions to terminate employees.

When it came to expatriate workers, their main complaints were about repatriation to their home countries, end of service benefits, and requests for them to be given their passports. To make sure such issues can be dealt with smoothly and quickly, Oman has introduced laws to simplify litigation procedures concerning some disputes between employers and employees, relating to the application of the Labour Law.

There are about 1.4 million expatriates currently employed in the country: six per cent of them hold high-level managerial and specialist roles. About 600,000 workers – a little less than half – work in Muscat Governorate, some 200,000 are in North Al Batinah, and another 165,000 in Dhofar.

According to their designations, there are 31,254 workers employed as directors of public administration, in addition to about 60,451 specialists, and 40,759 technicians in the scientific, technical, and humanitarian fields.

The vast majority of expat workers are concentrated in the basic auxiliary engineering professions, with more than 500,000 workers in this sector.

More than 95,000 workers are in sales and over 83,000 in agriculture and animal husbandry. There are over 100,000 workers in the industrial, chemical manufacturing, and food processing sector.

During the ongoing COVID-19 pandemic, the Ministry of Labour had introduced a scheme for expatriate workers to permanently leave the Sultanate, without needing to pay any labour-related fines. Until 31 March of this year, 69,467 expatriates had registered to leave under this initiative, while 48,863 people actually left.

Furthermore, 617 expats were arrested for violating the provisions of the Labour Law: 162 of them were in Muscat Governorate, 131 in North Al Batinah, and 112 in Al Wusta.

To make sure companies do follow all regulations related to them, the ministry also carried out 461 inspections to 736 companies, supervising a total of 97,053 workers.

Companies that did not comply with the law were issued a number of measures to rectify them: 53 violations were issued, nine establishments were referred to the Public Prosecution department, 56 written warnings, 142 verbal warnings, and 297 instructions were issued to companies found guilty of violations.

Nine establishments were referred to Public Prosecution here as well, which called for the Ministry of Labour to also re-visit 15 others. 51 notices were also issued for companies to improve their standards before deadlines set by the ministry, 37 written warnings, 27 written alerts, and 14 sets of instructions and guidelines were also provided.