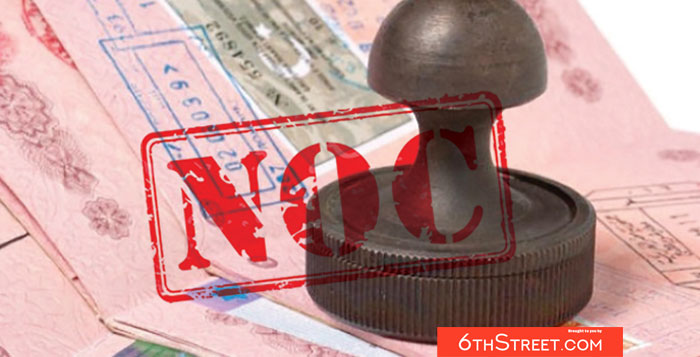 The cancellation of the NOC is particularly important at present, said Nabhan bin Ahmed Al Battashi, on the occasion of International Workers Day, which falls on 1 May every year. Photo: File

Muscat: Removing the NOC ruling in the country will lead to more opportunities for workers to get better jobs, and curb human trafficking, the chairman of the General Federation of Oman Trade Unions (GFOTU) has said.

On the occasion of International Workers Day, which falls on 1 May every year, Nabhan bin Ahmed Al Battashi, said the cancellation of the NOC is particularly important at present, because of the impact of the COVID-19 pandemic, which has revealed the need for strong, resilient economies that can adapt to changing situations.

“It is important that the private sector and its workers have the flexibility necessary to face such economic repercussions, as well as ensure economic sustainability, and the continued welfare of employees,” he said.

“In this context, we have also learned the importance of proper social welfare systems for those most affected by the pandemic.”

Intended to stabilise and then sustain the economy, the plan also includes stronger social protection systems, and reducing the impact COVID-19 has had on people’s quality of life and living expenses, particularly those who have been directly affected by the pandemic.

“It is in the face of adversity and hardship that people show who they truly are, be they individuals or organisations,” he said. “This pandemic has demonstrated the importance of trade unions and the ongoing positive role they’ve played for workers in the private sector. Unions helped address and mitigate the economic and social impact of COVID-19 on these workers.”

Assistance trade unions have provided to employees during the pandemic has come in the form of safeguarding their rights, taking care of their interests, and representing them in matters concerning worker welfare, all of which fall under the responsibilities of trade unions. This has prevented workers from being terminated, as well helped them avoid wage cuts.

“We recently adopted a set of legislation and initiatives that will fundamentally make the private sector more attractive to workers,” explained Al Battashi. “The most notable of these is removing the NOC, which in turn will reduce human trafficking, and provide better employment opportunities for workers.”

“The Royal Directives of His Majesty Sultan Haitham Bin Tarik in setting up the Job Security System (JSS) have also had a big impact in strengthening the social security structure – the GFOTU, and a number of relevant organisations played a prominent role in its approval. This system betters the safety available to private sector workers, including some protection from threats to their future job stability.”

The role of the JSS – he said – is even more crucial during the pandemic, in shielding some workers from mass layoffs carried out by companies. Al Battashi hopes that going forward, the JSS will also play a role in covering the difference in payments for workers who have had their salaries cut by companies during this challenging time.

“Employers contribute financially to this security system, so hopefully, this can be used to cover the difference between the worker’s original wage and his new salary,” he added. “In return, the expenses of employers are reduced, particularly those who have been affected by the pandemic.”

The chairman also drew attention to Royal Decree No. 125/2020, which was issued to help simplify litigation procedures in labour cases, by enhancing the efficiency in settling disputes. It is hoped this will help solve many existing issues workers have.

“Despite the many improvements we’ve seen, the work patterns and economic development in the private sector do face a number of challenges,” he explained. “Solving these are our priorities going forward, so that we can help regulate labour conditions in collaboration with other relevant parties.”

These include follow-ups on the drafting and establishment of the new Labour Law, with the GFOTU having contributed to its preparation. It also provided feedback in the form of legal perspectives and comparative laws that exist similar to the one currently being drawn up.