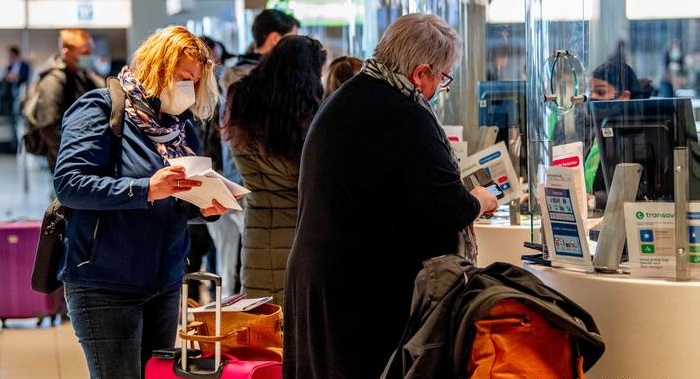 The European Commission put forward a proposal on Monday to expand the list of countries whose citizens may visit the European Union for nonessential reasons as long as they have a good COVID-19 situation or if the individuals are vaccinated.

The EU currently recommends allowing touristic and nonessential travel to its 27 member states to citizens of seven other countries. The Commission is hoping to ease restrictions for more countries.

"The Commission proposes to allow entry to the EU for non-essential reasons not only for all persons coming from countries with a good epidemiological situation but also all people who have received the last recommended dose of an EU-authorized vaccine," the EU executive body said in a statement.

Which vaccinations would be required to enter the EU?


The president of the European Commission, Ursula von der Leyen, wrote on Twitter that it is "time to revive [the EU] tourism industry and for cross-border friendships to rekindle — safely."

But she also said that an "emergency brake mechanism" should also be attached to any new travel proposals, for instance if new variants emerge.

While the proposal suggests initially requiring EU-approved coronavirus vaccinations, the list of accepted jabs "could be extended to vaccines having completed the WHO emergency use listening process," the European Commission statement said.

How will the EU determine which countries' citizens may travel to the bloc?


The proposal laid out in the statement included a plan "to raise, in line with the evolution of the epidemiological situation in the EU, the threshold related to the number of new COVID-19 cases used to determine a list of countries from which all travel should be permitted."

The Commission hopes that the Digital Green Certificate system to prove vaccination will enable verification of vaccination status, but until then members should "accept certificates from non-EU countries based on national law, taking into account the ability to verify the authenticity, validity and integrity of the certificate and whether it contains all relevant data."


The decision to lift further restrictions for tourism and non-essential travel will be up to the member states. The proposal is expected to be discussed on Tuesday.

Travel into the EU, and between some EU members, has been subject to varying degrees of restriction throughout the pandemic.

Some EU countries such as Greece and Spain rely heavily on tourism and have seen their economies suffer as a result of travel restrictions.